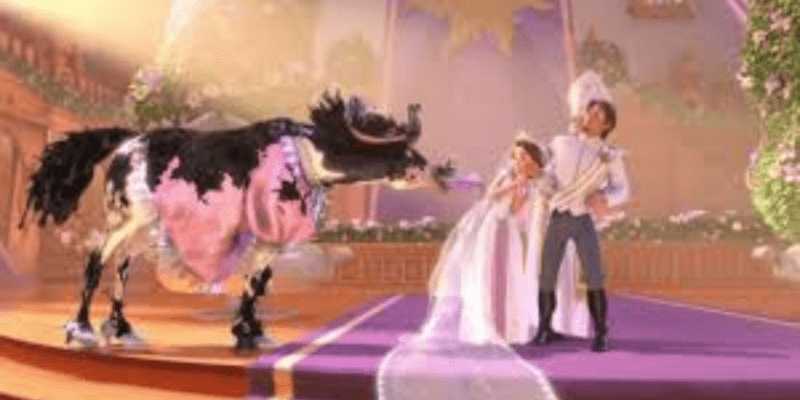 Disney+ has announced that Tangled Ever After (2012), the animated short based off of the movie Tangled (2010) will be coming to Disney+. The short is slated to be released on November 12, 2021.

In Tangled Ever After (2012) we find Rapunzel and Flynn Rider two years after Tangled (2010) at the altar as they say I do to live a life together happily ever after. The kingdom is in full festivities as they celebrate the newlyweds and our favorite sidekicks Pascal and Maximus are the ring bearers for the big day. However, Pascal and Maximus find themselves in a bit of a pickle.

The Kingdom gathers for Rapunzel and Flynn’s royal wedding – but Maximus and Pascal run into a bit of trouble with the wedding rings.

Tangled Ever After (2012) will be premiering on Disney+ Day. A special day for the Disney+ streaming platform filled with celebrations focused on Disney’s animation and entertainment projects.

Disney CEO Bob Chapek described the event in an article on Disney’s Media and Entertainment Distribution website as:

“The inaugural Disney+ Day will be a grand-scale celebration of our subscribers across the entire company…This day of appreciation brings to life our mission to entertain, inform, and inspire fans and families around the globe through the power of unparalleled storytelling, and will become an annual tentpole event to be amplified across our global businesses.”

Related: Should a ‘Tangled’ Attraction be Added to EPCOT’s Germany Pavilion?

Disney+ Day is gearing up to be a great day for Disney fans. Many titles and brand new originals are planned to premiere on the platform along with special clips that dive behind the scenes of some of our favorite movies and series.

If you have not subscribed to Disney+ already, you can do so through the Disney+ website.

Are you excited for Tangled Forever to be on Disney+? Are you planning on

Comments Off on A Happily Ever After: Tangled Ever After Coming Soon to Disney+