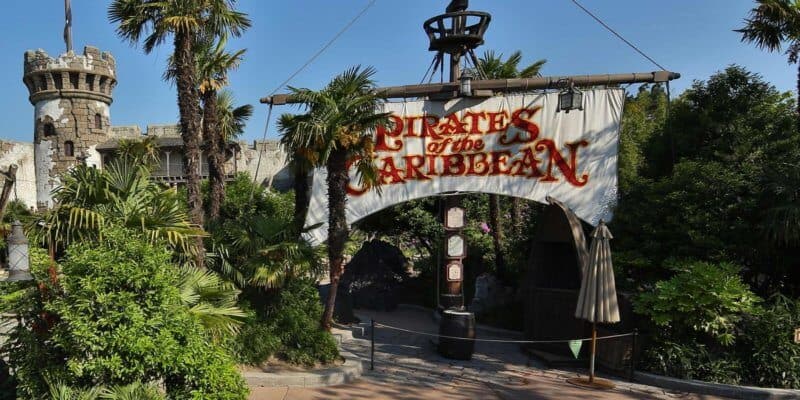 In Disneyland Paris today, at Disneyland Park, the projection screen seemed to be showing a very different image than what Guests may be used to! While on the lift hill, Guests are not used to seeing a broken image being projected onto the fog, but that is the case today! DLP Report (@DLPReport) shared the video of what looks like a finished VHS spinning on a TV screen in the early 90s!

The Pirates of the Caribbean lift hill video is all of us this morning 😆💀 pic.twitter.com/ypWb1zWUsg

We hope that Cast Members are soon able to correct this issue as it does pull away from the immersion of the attraction. Or, at least shut off the projection for now, as it seems that being in the dark would be better suited for the ride than a colorful screen such as this.

At the moment, Disneyland Paris does not expect to shut down, despite rumors noting that it is a possibility.

What do you think of this current screen mishap? Let us know in the comments below!

Comments Off on Pirates of the Caribbean Projections Experience Major Malfunction