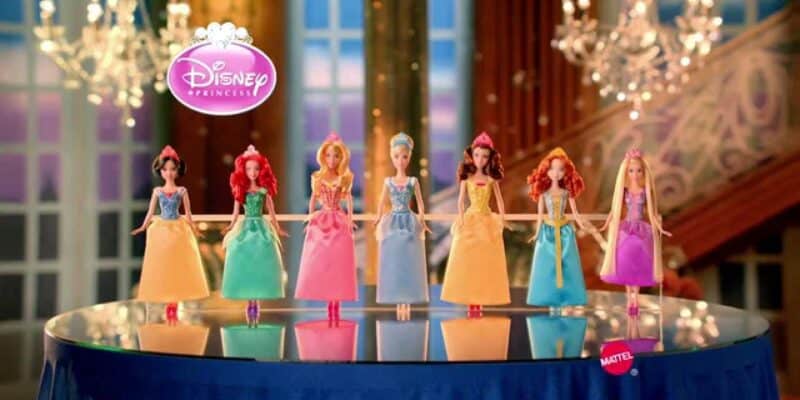 When it comes to licensing agreements with Disney, it seems nearly every company has one with the theme park and entertainment mogul. Everywhere you look, there is an official Disney collaboration with Mickey Mouse smiling at you. Whether it is your favorite clothing company like Levis, a makeup brand like MAC or Morphe, kitchen appliances, bedding, shoes, you name it, Disney has likely done a licensing agreement with a company in any space you can think of.

All of that being said, the biggest licensing deal comes down to who is producing Disney merchandise. Although there are a lot of big kids like myself who love purchasing Disney products, children are the ones who drive the market. So many Disney toys are beloved by kids, when it comes to dolls, figurines, and more. Because Disney characters are so ingrained in the lives of many children, kids often want a toy that can help bring their favorite characters to life.

Under the new agreement, Mattel will develop dolls based on “Frozen” and the Disney Princess brands, including “Aladdin,” “Beauty and the Beast,” “Brave,” “Cinderella,” “The Little Mermaid,” “Mulan,” “Pocahontas,” “The Princess and the Frog,” “Sleeping Beauty,” “Snow White and the Seven Dwarfs,” “Tangled,” as well as the live-action versions of “The Little Mermaid,” “Aladdin,” “Beauty & the Beast,” “Cinderella” and “Mulan,” and the Disney Plus “Moana” and “Tiana” TV series.

Richard Dickson, Mattel’s president, spoke out about the collaboration:

“We are incredibly proud to welcome back the Disney Princess and Frozen lines to Mattel. As the worldwide leader in dolls, we look forward to bringing our unique Mattel Playbook approach to brand management, product and marketing expertise, and unrelenting attention to detail and quality to create innovative and inspiring lines for these iconic stories and characters.”

Stephanie Young, president of Disney Consumer Products, Games and Publishing, seems to be welcoming back Mattel with open arms.

“The courage and compassion found throughout our Disney Princess and Frozen stories and characters continue to inspire fans around the globe. By furthering our longstanding relationship with Mattel, we look forward to expanding the worlds of Disney Princess and Frozen, introducing an innovative new era of these beloved franchises through captivating products and play opportunities.”

It seems that prior to Hasbro losing the licensing deal with Disney for the princess collection, the company was already in hot water due to the pandemic. Thanks to The Mandalorian‘s Grogu (Baby Yoda) and lightsaber collections, even when Disney did not release another Star Wars film, Hasbro was finding great success with their toy products and collectibles.

What do you think of this ongoing battle between Mattel and Hasbro?