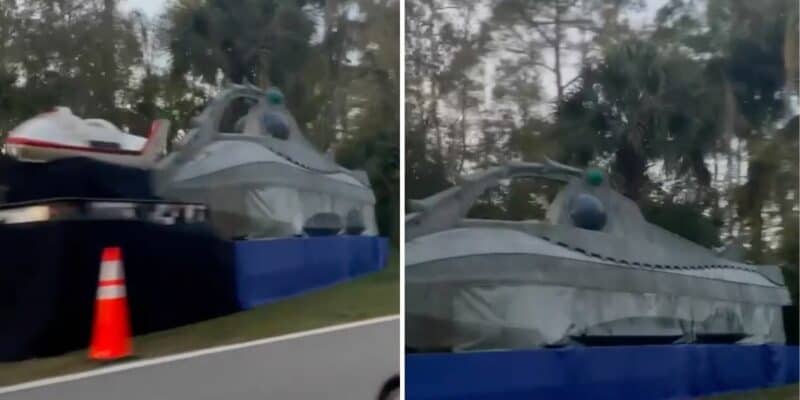 All Images Credit: Touring the Galaxy

If you are a marathon runner and Disney fan, there is a solid chance you found yourself at Walt Disney World Resort this weekend. Considering we are currently in the midst of the first runDisney marathon weekend in 2022, we have once again seen an influx of Guests at the Parks, ready to run.

As we know, when it comes to a marathon weekend at Walt Disney World Resort, we see Guests come in from all over the world so that they can set their alarms to wake them up at 3:00 a.m. and head to the start line so that they can race through Magic Kingdom, EPCOT, Disney’s Animal Kingdom, and Disney’s Hollywood Studios — depending on their race length and track. For some of the races, back roads on Disney property are used with fun visuals and characters set up along the way.

During the Disney’s Wickedly Delicious Wine & Dine Marathon, we saw the extinct Magic Kingdom attraction 20,000 Leagues Under the Sea make a triumphant return as one of the photo-ops for runners. After the marathon ended, however, it seemed that we had to say goodbye to the Nautilus once again. Now, it appears that we have once again found the attraction pop back up!

While driving through Disney property, one of the back roads was seen to have the massive ride vehicle sitting there, barren and empty. The abandoned-looking photo-op area would have likely seen a lot more life to it while runners were snapping selfies as they ran by earlier in the morning!

Take a look at the video captured by Touring the Galaxy below!

As we have noted in the past:

20,000 Leagues Under the Sea: Submarine Voyage is an extinct Magic Kingdom attraction that used to reside in Fantasyland. The ride opened in the Park’s opening year 1971 and remained in place in 1994. The ride idea was brought from Disneyland but was meant to be even bigger when created at Magic Kingdom Park. It has been said that the ride did not open with Magic Kingdom, but two weeks later, due to infrastructure problems.

By the time development work for what is today Walt Disney World began, Disney imagineers had already been working out a rough concept for a sister attraction to Disneyland’s Submarine Voyage. It was one of the biggest and most expensive Disney attractions ever conceived. The Florida version had 12 submarines (14 counting two submarines which grappled with giant squids on either side of the track).

It is popularly believed that the Magic Kingdom attraction was originally intended to have been installed in place of the Submarine Voyage at Disneyland in 1959, as the two attractions were identical except for the theming and some elements of the plot. It is also believed that the ride’s corporate sponsor, General Dynamics, preferred to keep the original concept, and so the Submarine Voyage opened in 1959 with a non-specific theme, and with nuclear as opposed to Victorian submarines.

After closing, Disney auctioned off many parts of the ride, brought some to Castaway Cay in the future, and it seems that they have also kept one ride vehicle for themselves! Because of the far-out placement of the attraction vehicle, it seems likely that not all runDisney racers would have seen the photo-op spot, but rather those running the longer distances, which is where those roads become necessary.

What extinct attraction would you like to see return?