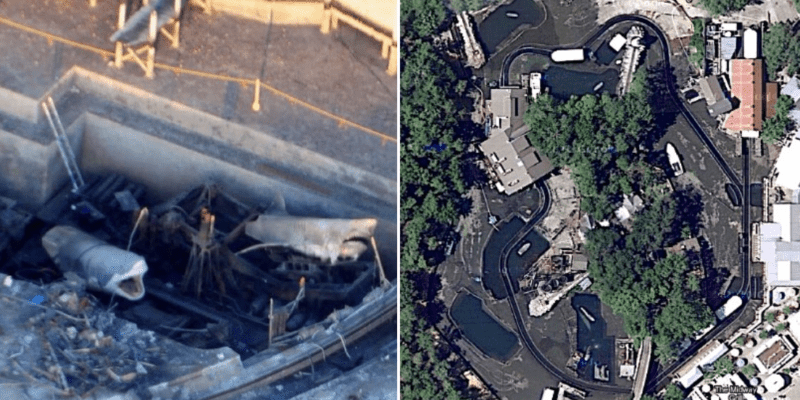 Although Universal Orlando Resort has shown that they know how to innovate their theme parks, one thing that a specific theme park cannot do is create more space than it has.

With that being said, this means that when Universal Orlando Resort wants to change something or add a new land or attraction at either Universal Studios Florida or Islands of Adventure, they must completely alter an existing area of the Park. When this happens, we often see an older attraction removed so that a new one can join. At times, this can be something that Guests are very excited about as it means new technology and IP are being introduced, giving the parks a fresh flair, but this also means saying goodbye to classic attractions.

When JAWS came to Universal Studios Florida on June 7, 1990, fans could not get enough. The attraction brought to life the Steven Spielberg film with a sense of adventure and thrill, quickly becoming one of the most beloved attractions in the Park. It also took up a lot of space in the area, which made it a prime candidate when it came to finding something to remove so that Harry Potter and the Escape from Gringotts (The Wizarding World of Harry Potter) could be built.

Creative Director Rob Bloom (@robbloomcw) recently took to Twitter to share an old aerial photo of the attraction, where we can see how the ride was tracked out before it became extinct.

Cool aerial of the former JAWS attraction at #universalstudios in Orlando. The attraction was a textbook example of great storytelling. #Jaws pic.twitter.com/4b70YsJ7Nh

More shots of the former #JAWS attraction at #universalstudios in Florida.

More shots of the former #JAWS attraction at #universalstudios in Florida. pic.twitter.com/Z1cJxeyWXQ

In 2012, JAWS closed its doors for good as construction began to make way at the Wizarding World of Harry Potter. Now, the area bodes as a massive success for Universal financially, so there are likely not many regrets, but many fans miss the classic Universal attraction.

Now, Guests can still have a small taste of JAWS (or, the other way around) as Bruce hangs near the old attraction entrance as a photo-op! There is also still plenty of JAWS merchandise available around the Park. Luckily, Universal is now building Epic Universe, an all-new theme park that will allow for new attractions to be built without having to tear down the old!

Do you wish that JAWS was still around for Guests to ride and enjoy?