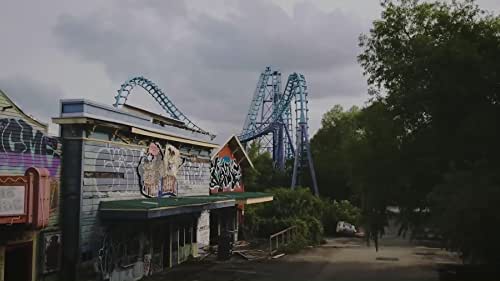 Hurricane Katrina devastated the lives of many, including so many who resided in New Orleans. Six Flags New Orleans was left covered in water, with the interior completely demolished.

After looking at the $32 million price tag that was going to be needed to fix the theme park, and while Six Flags was fighting bankruptcy, the company made the choice to abandon the theme park. Since 2005, Six Flags New Orleans has remained abandoned. Some explorers will occasionally sneak onto the property to take a look at the damage and eerie water destroyed buildings that look like they were pulled out from the Titanic. With old ride vehicles still in place, the location is shocking and sad for many to see.

But, it seemed there was a Disney influence that was potentially ready to salvage this destroyed land.

Bright Sun Films created a documentary called Closed For Storm, which dives into the untold story of Six Flags New Orleans. In the documentary, we are able to learn what happened, see what the abandoned Park looks like today, and hear about what the plan was to fix it.

There was a plan to turn the Park back into Jazzland, which was the theme park’s name before Six Flags made the purchase. Jazzland opened in 2000 but went bankrupt in 2002, which is when Six Flags took over the Park. This expansion would include a Resort, water park, downtown area, and was intended to pull in tourism to the East side of New Orleans, as Downtown New Orleans drives in a ton of traffic.

The idea of this newly revamped Jazzland actually came as an inspiration from Disney! When discussing the Jazzland plans, it was said that the goal was to create a Downtown Disney for Jazzland. The artwork showed a very well-themed street that fit the New Orleans vibe with stung lights lit up at night. The idea of creating something with a unified theme and strong details is something that Disney does very well, and with Walt Disney World only a few hours away, it is no surprise that they were an inspiration.

Unfortunately, the proposal did not move along when presented to the city for the 15-year build, and the abandoned theme park still remains there to this day, decaying before our very eyes.

THE UNTOLD STORY OF SIX FLAGS NEW ORLEANS
15 years after Hurricane Katrina sits a lasting monument of the devastation. Six Flags New Orleans is currently sitting abandoned, rotting away in the Louisiana swamp. Closed for Storm explores the past, present, and future, to find out how this incredible theme park became frozen in time and left in an endless void of uncertainty.

You can check out the official trailer for the film here!

It would be a pricey rebuild, but having a New Orleans-themed Resort that could rival Disney (on a smaller scale, of course) would be incredibly appealing to many theme park lovers! Or, it would be interesting to see if Disney ever found interest in the land. For now, the location remains “closed for storm.”

Would you ever want to see Disney open a New Orleans Park? Let us know in the comments below!