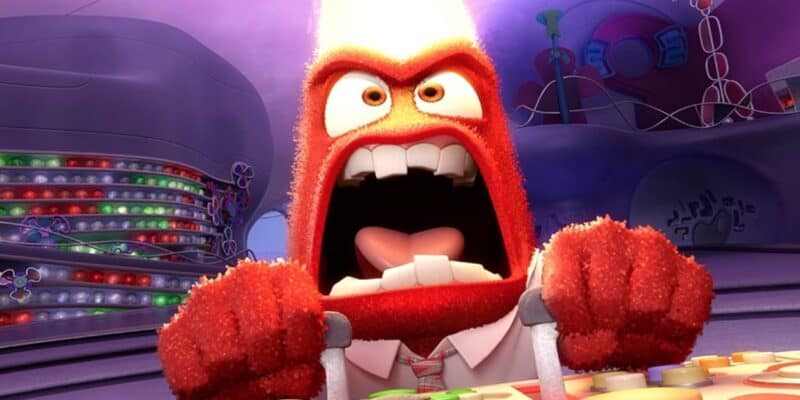 Most Disney fans are happy to celebrate and gush about the fact they are Disney fans. From posting about Disney Park merchandise collections — even if some collections cause chaos — to sharing vlogs and TikToks and blog posts, the people that love Disney certainly make it known.

That being said, it’s not all smooth sailing for some fans of the House of Mouse and its many, many owned properties, as was the case for the subject of this disgruntled spouse’s remarks to a popular advice columnist.

Disney is built on the love of fans. For Walt Disney’s dreams to be realized, people needed to buy into his characters, theme parks, and stories. The Walt Disney Company is one of the largest corporations in the world and after their acquisition of brands like Marvel Studios, Star Wars, their collaboration with Pixar Animation Studios, and more recently the 20th Century Fox buyout, Disney has broadened its grasp on audiences worldwide.

Whether it’s watching the animated classics back-to-back or cladding out in full Disney gear for Walt Disney World Resort’s 50th anniversary celebration AKA The World’s Most Magical Celebration — or even, fainting at a theme park dressed as Wreck-It Ralph — many fans enjoy being shrouded in all things Disney.

However, just because someone is a Disney fan, it doesn’t mean everyone in their life is too. One spouse recently wrote to Prudence — Slate‘s advice column — about his partner’s love of all things Disney, despite their “zero tolerance policy”. And, let’s just say, that the reply is less than comforting.

The problem, this grumpy spouse brings to the discussion, in part, reads:

My first spouse had a thing for Disney, which I hated. Our whole house was covered in Disney stuff (think 101 Dalmatians shower curtain, etc.), which was tacky and embarrassing. When I met my current spouse, I made my zero-tolerance Disney policy clear. She said no problem, but confessed that her twin daughters (now in their late 20s) were the “Harry Potter generation” and that she and the twins still had “minimal nostalgic experiences” related to HP.

The comments go on to describe how her note on her “minimal nostalgic experiences” was not minimal at all, and in fact, the spouse describes it as a “psychotic lie”. They reveal that they catch their spouse reading the Harry Potter books on her kindle or discussing with her children how they can reconcile with a series written by such a controversial author — JK Rowling is currently under fire for her comments regarding feminism and the transgender community, so much so, that Warner Bros. is seemingly distancing the Fantastic Beasts franchise from the Wizarding World creator.

You may also be saying to yourself: but wait? Harry Potter isn’t even a Disney thing. Yes, you are correct. Anyway back to the complaint:

I reminded her that she promised to NEVER bring Disney merch around me, and she goes, “Disney didn’t own the Harry Potter franchise then,” which is splitting hairs at best. She put the merch inside a drawer where I won’t see it, but she won’t get rid of it or apologize for buying it. Now she’s planning to watch some HP reunion IN THE HOUSE while Zooming with the twins.

They end with a desperate plea for help:

Prudence, she has advanced degrees, a high-level job with a great salary, and successful daughters, so I don’t know why she needs to cling onto HP, especially knowing that Disney is a deal-breaker for me. To this day, she claims HP is a “minimal” part of her life and that she didn’t misrepresent. How can I make her see that her HP thing is actually a significant fixation she needs to outgrow if she wants our marriage to last?

It is clear, the Harry Potter and Disney situation aside, that many Disney fans reading this will be incensed over such a brutal attack on someone’s hobby, joy, and love. And Prudence also saw straight through these particular issues and issued a scathing reply. They said:

Just for the record, Disney doesn’t even own Harry Potter—so I guess if you want to keep this up, you’ll need to become a Warner Bros. hater, too. But: Are you serious? Is this real? None of this is affecting you. There are no tacky shower curtains bothering you. You have nothing to complain about. For every hour she spends on her totally harmless hobby, you should be spending an hour finding your own books, movies, and interests and an hour talking to a therapist about how to become a less intolerant, judgmental person. Better yet: If it really is a deal-breaker, leave and let her live in peace and enjoy her life.

Oftentimes, advice columns will issue their reply, balancing between relating to the complaint, suggesting new things, and asking for the person to maybe allow themselves to be a little more open to whatever their issue is. But, as we can see from Prudence’s reply (“Is this real?”), this complaint did not warrant any sympathy at all, not one bit.

Have you ever come to blows with a loved one over being a Disney fan? Let us know in the comments down below!