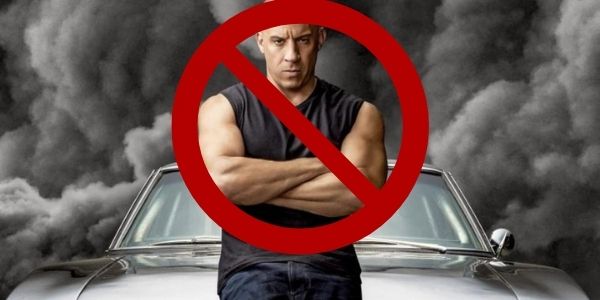 It’s all about family.

Universal Studios Orlando and Universal Studios Hollywood both have an amazing collection of exciting rides and thrilling attractions. Whether it’s Revenge of The Mummy: The Ride or The Amazing Adventures of Spider-Man, Guests of all ages can really let loose and enjoy themselves while visiting the Parks. One attraction that Guests may not enjoy has gained a very interesting reputation from Universal Guests, with many calling it Universal’s Worst ride.

Fast & Furious – Supercharged is based on the smash-hit film series, The Fast and The Furious starring iconic actors like Dwayne “The Rock” Johnson, Vin Diesel, Jason Statham, and Michelle Rodriguez to name a few. The ride, which opened in 2015 at Universal Studios Hollywood and in 2018 at Universal Studios Orlando, is a screen-based attraction plunging Guests right into their own “Fast & Furious” story.

Since opening, however, the attraction has received some very “constructive” feedback, with many calling it a failure. A recent Reddit thread highlighted this issue, see the full post below:

Why is fast and furious supercharged so universally hated

Why is fast and furious supercharged so universally hated from UniversalOrlando

In the comments, dozens of users shared their opinion on the ride and why it seems to get a lot of negative reception. User u/derinnkeeper put it quite bluntly saying:

Because it’s boring, the acting sucks, and all you are doing is watching a poorly developed surround screen while riding a bouncy bus.

It is a cheap, bad copy of the tram ride scene at Universal Hollywood. Kong is another ride that was copied from the tram tour. However, Kong has a better themed queue, a better themed environment and ride vehicle, a better expanded storyline, and a giant animatronic. It is also in 3-d.

Fast and Furious has a tacky ride vehicle, crappy storyline, no environment, and no 3-d. The reason Dominic looks the size of the helicopter is because he is supposed to be closer to us. But without the 3d effect, it looks like a weirdly scaled flat frame.

User u/satansheat commented on the ride not being a fast-paced experience, even though it’s based on a film series with the word “fast” literally in the title:

Because it’s a bad ride. For starters it’s based on the fast and furious franchise. Nothing says fast like boarding a giant bus. Before someone says it’s due to volume of people remember back to the future let us all ride in DeLorean’s with high volumes of people.

Opinions on the ride tend to share the same sentiments about it being “lazy” or “boring” and not what a ride based on The Fast and the Furious film series should be like. Many Guests expect the ride to be, well, fast and furious and a slow-moving bus ride isn’t exactly thrilling.

Join The Family. Join The Ride.

Join the crew for an immersive Fast & Furious experience. Step into an amazing re-creation of the crew’s headquarters filled with actual movie props and supercharged vehicles you’ve only seen on the big screen. Ride along with Dom, Letty, Hobbs and Roman on a street chase in the middle of the high-octane world of the Fast & Furious blockbuster films.

What do you think about Fast & Furious – Supercharged? Do you love it? Do you hate it? Let us know!