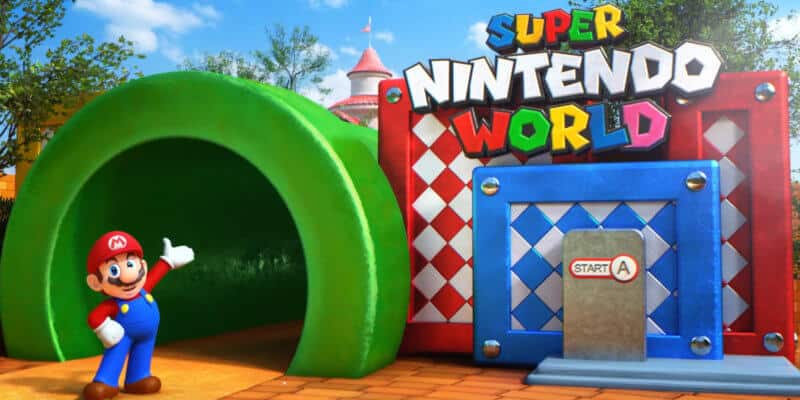 There is so much fun to be had while visiting Universal Studios. Whether you’re experiencing the thrilling and spooky Revenge of The Mummy – The Ride or living out your fantasies at The Wizarding World of Harry Potter, Universal offers Guests so many incredible experiences. However, one of the most exciting and anticipated expansions coming to Universal Studios Hollywood involves an Italian plumber and a princess named after a fruit.

Super Nintendo World is the newest expansion to Universal Studios Japan and is a jaw-dropping display of incredibly themed experiences, rides, and food. The land is a real treat for fans of the Super Mario franchise, offering rides and mini-games for Guests to play. The land also features walk-around characters who will be instantly recognizable to fans of the games. Recently, though, a Guest captured a very stranger event taking place regarding one of Mario’s most famous enemies. Here’s what you can look forward to when Super Nintendo Land opens at Universal Studios Hollywood:

Team up with friends to battle rivals and power up. We are born to play! Immerse yourself with thrills the whole family can enjoy at SUPER NINTENDO WORLD™. Let loose in this incredible land of play. Join the #WeAreMario movement. Let’s-a-go!

Race your way to victory! Iconic Mario Kart courses have been brought to life with cutting-edge technology.
Challenge enemies with shells! Aim for the finish line with Mario and Peach!
The world’s first interactive Mario Kart theme park ride will leave you with a rush of adrenaline!

*Based on in-house research of facilities featuring the world of Mario Kart, theme park original attractions and the games.

Go on a journey with Yoshi