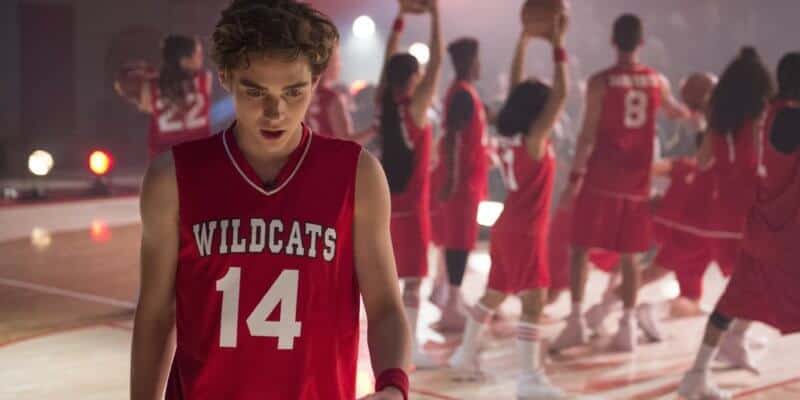 Many actors who grow up in the spotlight have a lot to learn at a young age. Although this can be quite the challenge for many, sometimes, their voice can inspire others who are in the same age bracket and potentially going through similar things.

This year, Disney+ has shown viewers how far they are willing to push content in terms of the magnitude of it. We have seen a resurgence of Disney movies and shows come to life as the success of Disney+ only continues to skyrocket. In the Marvel sector, we have seen a ton of content that has received high acclaim and popularity among viewers with shows like Loki, WandaVision, the currently debuting Hawkeye, and more. But there are also a lot of other shows that have garnered a dedicated audience.

When Disney Channel released High School Musical as a Disney Channel Original Movie, we saw a massive shift towards this style of film. Zac Efron and Vanessa Hudgens immediately became the iconic “it” couple, and after three films, fans still wanted more. Now, we have seen High School Musical: The Musical: The Series comes to life for two seasons, bringing back that HSM nostalgia in a new way.

The show features Joshua Bassett and Olivia Rodrigo, among many others, and shows the real students of East High as they live in the shows of High School Musical, the actual movie, and attempt to put on their own productions. The show is full of romance, dance numbers, music, and more.

Joshua Bassett, who plays Ricky, is now opening up about the abuse he faced as a child and teenager. People noted:

On Wednesday, the “Crisis” singer responded to someone who claimed that “men can’t be raped” days after Bassett revealed that he was sexually abused as both a child and teenager in an interview with GQ.

Posting the tweet on his Instagram story while blurring out the troll’s name and adding a trigger warning, Bassett, 20, wrote, “And we wonder why more people don’t come forward.”

Bassett then added, “[It] started when I was 5. You haven’t the slightest idea what you’re talking about and how damaging it is.”

The singer and actor continued to recount his tragedy.

“I experienced sexual abuse a lot in my childhood. I didn’t remember that until last year, which is pretty insane. I buried it so far. And when I was a teen, a much older man routinely abused me, and I wasn’t able to see it for what it was at the time.”

Bassett is now using his music to help move through the pain; his new song “Set Me Free” serves as his anthem to attempt to let go of the pain.