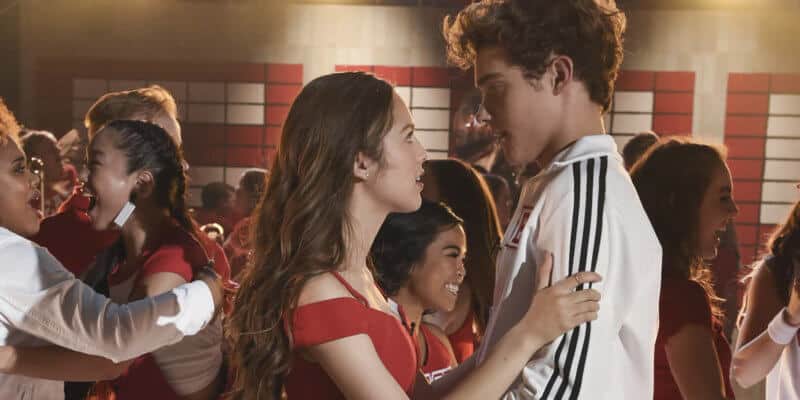 Joshua Bassett, known for his role on the Disney+ series, High School Musical: The Musical: The Series, has just confirmed that he’s a member of the LGBTQ+ community.

Fans first started speculating Bassett’s sexuality after an interview with Clevver News where he spoke highly of Harry Styles and even stated, “I guess this is also my coming out video.”

Now, in a new interview with GQ, Bassett is confirming his sexuality stating, “I wasn’t joking.”

“I always had a pretty feminine sort of energy in my life,” he says of growing up in Oceanside, California, in a house with five artistically minded sisters. “My sisters would put me in a Snow White dress and have me run around my house.” Bassett was homeschooled by his parents, Laura and Taylor, played drums, and studied musical theater.

The High School Musical series star continued to open up about how he was always an emotional child, and how he was treated because of that. Per GQ:

“I was a very emotional kid,” he explains, up until age 11 or 12, which is when he feels that most young men learn it isn’t okay to be vulnerable. “I was constantly yelled at for crying. I would spend every night being like, Don’t cry, don’t cry, don’t cry. I remember beating myself up every night.” (In fact, Bassett teared up three times during our interview.) He wanted to grow up as fast as possible: “I remember spending every day looking in the mirror, seeing if I had any hairs on my chin. Every day I was hoping that I was finally going through puberty.”

@gq “i would much rather deal with consequences and live my truth than live in fear.”

had a wonderful time speaking with & shooting for @gq !!! full article out now:)

Joshua Bassett can currently be seen in the Disney+ series High School Musical: The Musical: The Series, streaming now. The official description of the first season reads:

Are you a fan of Joshua Bassett? Let us know in the comments below.