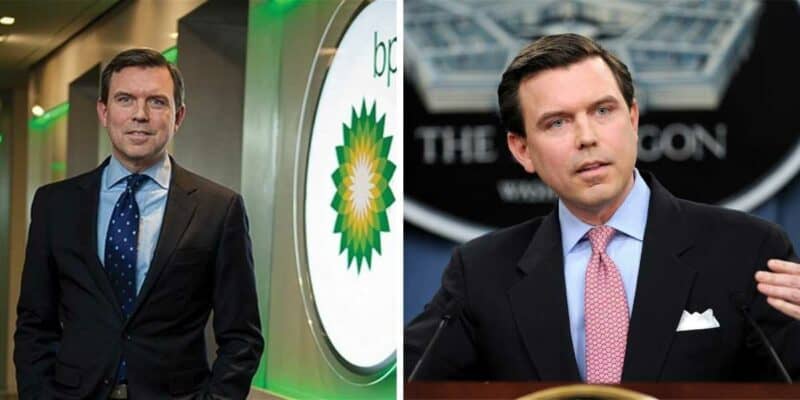 The Disney staffing shuffle continues. Disney recently announced Bob Iger’s replacement as Susan Arnold will step in as The Walt Disney Company Chairman of the Board. It has also been announced that Bob Weis, Disney’s now-former President of Imagineering is being replaced by Barbara Bouza. The news doesn’t stop there as it appears Disney has officially found a replacement for the longtime Chief Communications Officer (CCO) Zenia Mucha in BP executive, Geoff Morrell.

RELATED: Is There a Rift Among Disney Executives? Report Indicates Yes

Senior Executive Vice President and Chief Communications Officer, Zenia Mucha announced this past summer that she would be stepping down from the position by the end of 2021, along with Bob Iger’s exit from the company. According to Variety, Geoff Morrell, the current Executive Vice President of Communications and Advocacy at oil and gas company BP is reportedly making the move to The Walt Disney Company to replace Mucha.

According to the report, “In addition to Mucha’s duties, sources said Morrell will also take on government relations. Under the current regime, that was a function of the Walt Disney Company chief counsel’s office. Alan Braverman, current chief counsel and senior executive vice president, is also departing Disney at the end of the year.”

Morrell will report directly to Disney Chief Executive Officer Bob Chapek and is said be to credited as being “instrumental in rebuilding BP’s reputation following the Deepwater Horizon accident” which was the massive oil spill considered to be one of the biggest environmental disasters in modern history.

Morrell also has a background from the Pentagon as chief spokesperson for the United States Department of Defense (DOD) under the administrations of George W. Bush and Barack Obama.

Are you excited to see Geoff Morrell join The Walt Disney Company? Let us know in the comments.