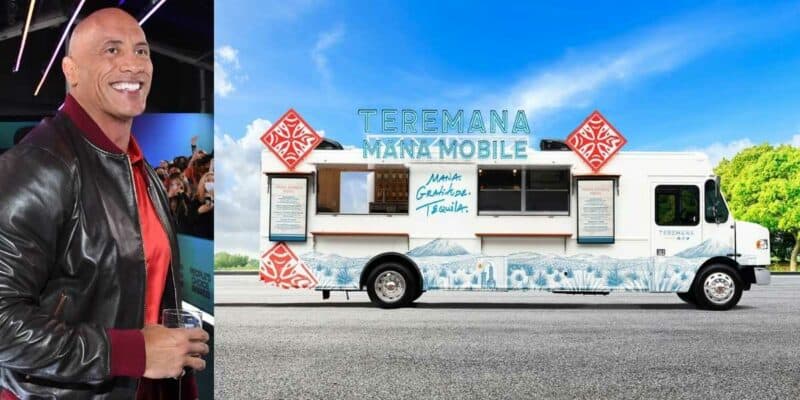 The former professional wrestler turned into one of the most popular celebrities, Dwayne Johnson (AKA “The Rock”), is once again making all of us fall even more in love with him! The ever-so-popular celebrity is also an entrepreneur with a rather delicious brand of liquor called Termana Tequila. If you’re in the right town at the right time, Johnson’s food truck may just pull up and offer free tequila and food this holiday season!

RELATED: Dwayne Johnson Listens to 21 Minutes of This Unexpected Disney Soundtrack Every Day

Johnson’s role in Moana as the voice of Maui, along with his role as Skipper Frank in Disney’s live-action Jungle Cruise film has placed him as a high-ranking actor among Disney fans. It’s no surprise that recently Dwayne discussed the hopes his fans have that he runs for the 2024 United States Presidential election. His big personality and giving nature (despite his humble beginnings) have all of us wondering what he’ll offer next. Well… it seems like tequila and food are just that.

@TheRock took to Twitter to share, “Join us at our Mana Mobile when we come to your city across our country. As always, put your money away because it’s no good with us. Everything is free. Infamous Rock French Toast, Delicious tacos, and @Teremana flowin’. Enjoy and Happy Holidays.” Check out the video in the tweet below:

The only trick is finding out when and where the Mana Mobile will be rolling through! Currently, the only date listed on the Mana Mobile site is for December 18, 2021, in Phoenix, Arizona. The site goes on to note that the “Mana Mobile is the rolling envoy for Teremana Small Batch Tequila visiting towns, communities, and cities across the country, to Bring the Mana to America. The Mana Mobile will visit main streets, military bases, fire stations, & more.”

Mana Mobile has already rolled through the city of Los Angeles to provide food and drinks to the local firefighters as shown in the video below:

Will you be fortunate enough to enjoy some free sips of tequila along with Johnson’s specialty food items? We’ll need to keep checking back for dates it seems.

What city/town are you hoping the Mana Mobile rolls through? Let us know in the comments!