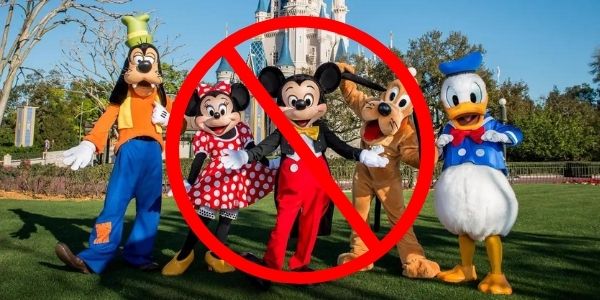 Off with their heads! Or maybe not actually…

While at Disney World or Disneyland, there are so many important parts that makeup Guests’ experiences. The incredible rides like Splash Mountain and Pirates of the Caribbean, the delicious restaurants like Cinderella’s Royal Table and Le Cellier Steakhouse, or the jaw-dropping theming of lands like Pandora – The World of Avatar or Star Wars: Galaxy’s Edge all add to the magic that can be found at Disney. One of the most important and interactive aspects of the Parks, however, can be found in the characters that walk around.

Related: Tigger Takes Us Back to The ’90s in Hilarious TikTok

The Cast Members who become our favorite Disney characters really help make the Parks and Resorts come alive and feel real, allowing Guests to live out their magical fantasies.

However, if there were ever an emergency or some other reason for the Cast Members to remove their heads, they may actually be let go because of it. According to The Mouselets (@themouselets) on TikTok, if Cast Members portraying characters decide to take off their heads at any time, they will be fired. See the full video below:

a former cast member just shared this and I can’t find her page!! Someone tag her in the comments plz! #disneyworld #disneyparks #disneysecrets #castmember #disneycollegeprogram #disneyfail #disneyland #disneyfacts #disneyprincess

If you are wondering what happens if a character’s head were to fall off by accident, @themouselets created another TikTok explaining this situation. See the full video below:

As shown in the video, the character’s head falls off and the Cast Member and character’s “friend” very quickly puts it back on. It is important to note that as soon as the surrounding Cast Members notice, they try to help with the issue. This being said, this is certainly a case-by-case situation, and it is not confirmed by Disney that this is instantly a fire-able offense.

Did you know this about characters in Walt Disney World and Disneyland? What’s the craziest thing you’ve seen a Disney character do?