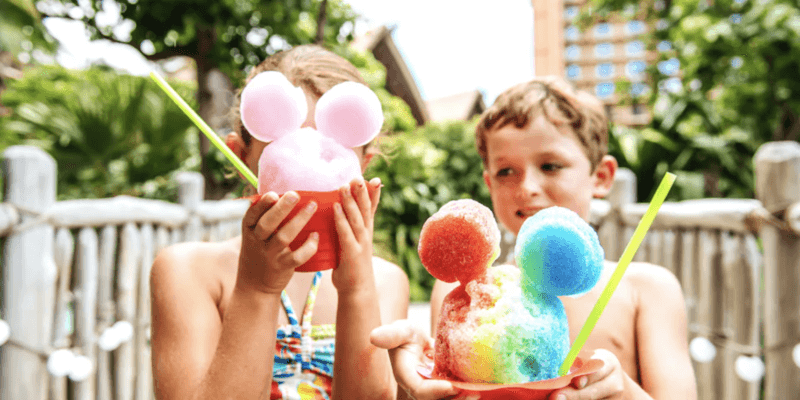 Aulani, a Disney Resort & Spa in Ko’Olina, Oahu, Hawaii is a luxury destination for Disney fans from around the world. Featuring a private beach, multiple pools, a famous lazy river, and incredible restaurants like Makahiki and The Olelo Room.

Now, unfortunately, this island of Oahu is being impacted by “catastrophic flooding” that could play a role in the Aulani Guest experience for the next several days at a minimum.

Per a USA Today report:

A powerful storm system pounded Hawaii on Monday with heavy rain, and forecasters warned of a chance for “dangerous” and “catastrophic” flooding in some parts of the state throughout Monday night and well into Tuesday.

More than 2 feet of rain is possible in some areas; widespread amounts of 10 to 15 inches are likely.

Related: Aulani Impacted as Hawaii Gov. Pleads, “Now Is Not the Time to Visit the Islands”

At this time, Ko’Olina is under a flash flood warning and Guests at Aulani and other Resorts in the region are being asked to remain on property by Hawaiian authorities.

Governor David Ige declared a state of emergency on Monday, December 6, urging both Hawaiian citizens and travelers to prepare for severe flooding, landslides, road closures, and structural damage to buildings.

I’ve just signed an emergency declaration for the entire State of Hawaiʻi as heavy rains from a Kona Low weather system are anticipated to continue to cause flooding and damage to public and private property.

The emergency declaration allows the state to use finds to support state and county efforts in providing quick and efficient relief of suffering, damage, and losses caused by flooding and other effects of heavy rains. The emergency relief period continues through Friday, Dec. 10.

The emergency declaration allows the state to use finds to support state and county efforts in providing quick and efficient relief of suffering, damage, and losses caused by flooding and other effects of heavy rains. The emergency relief period continues through Friday, Dec. 10.

USA Today shared the following statement from Governor Ige’s news release, “Now is the time to make sure you have an emergency plan in place and supplies ready should you need to move away from rising water.”

For the latest health and safety regulations at Disney’s Aulani — related to both the current weather situation and the COVID-19 pandemic — visit the Hawaiian property’s official website.

Comments Off on Oahu, Home to Disney’s Aulani, Impacted By “Catastrophic Flooding” in Hawaii