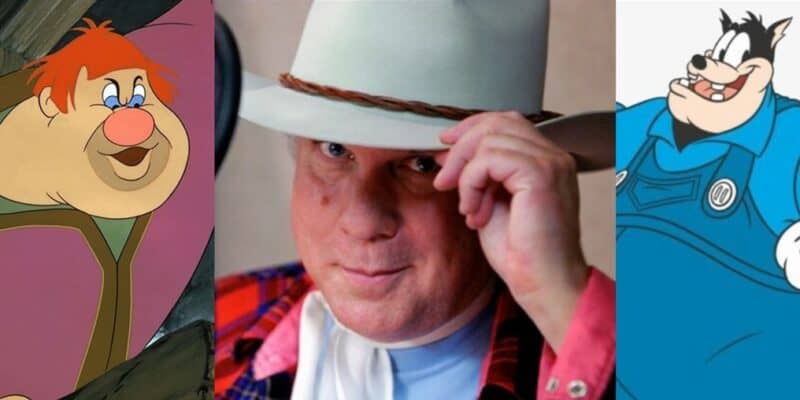 After a full day of exciting Disney news with D23, we’re ending the day with a sad message as we’ve learned the talented Disney voice actor, Will Ryan, has passed away at 72 years old.

Remember Willie the Giant in Mickey’s Christmas Carol? Or how about Rabbit in Winnie the Pooh a Day for Eeyore? These classic Disney characters, among others, were brought to life by the extremely gifted voice actor, Will Ryan.

According to D23, Will Ryan voiced Pete (formerly Peg-Leg-Pete) and Willie the Giant in Mickey’s Christmas Carol, the sea horse in The Little Mermaid, Rabbit in Winnie the Pooh and a Day for Eeyore, as well as many voices for Disney television animation and Disney records.

Sadly, Deadline has confirmed that Will Ryan, the veteran Disney voice actor and former president of the international animation organization ASIFA, died on Friday, November 19, 2021, following a short battle with cancer. Will was 72.

Before joining forces with Disney, Will’s voice broke through in the 1980s with the voice role of the pteranodon Petrie from Universal’s animated classic, The Land Before Time. Amazingly enough, his career grew to include more than 100 screen credits. Deadline reports:

Ryan’s career highlights included “nominations from the Annie Awards and the WGA Awards, and winning a Behind the Voice Actor Award. Ryan was also nominated for an Emmy in 1998 as the producer of Outstanding Children’s Program contender The Wubbulous World of Dr. Seuss, from Nickelodeon and The Jim Henson Company.

Of course, for all of us Disney fans, Will Ryan’s voice of Willie the Giant will always be remembered.

Ryan voiced Willie the Giant for The Walt Disney Company in numerous projects over a 35-year period, last doing so in 2020. He voiced Peg-Leg Pete in the Oscar-nominated animated short “Mickey’s Christmas Carol”, reprising the role 30 years later in the Mickey Mouse short, “Get a Horse!”, which was also nominated for an Oscar. He also voiced the latter character, among others, in the beloved Disney Afternoon series “DuckTales”, and portrayed several, including a herd of Ogres, in “Adventure of the Gummi Bears”, which was the first animated series from Walt Disney Television. Ryan also had the opportunity to portray Tigger and Rabbit, and to provide the singing voice of Eeyore, for the long-running Disney Channel series “Welcome to Pooh Corner”, which aired twice a day for 17 years.

Ryan’s talent extended to voice characters in projects like The Little Mermaid, Teen Wolf, and Family Guy among many others. Plus, he was involved in writing over 100 songs for Disney and the Jim Henson Company that were sung by characters from Mickey Mouse all the way to the Grinch. Ryan also published multiple books throughout his life.

Our thoughts are with the Ryan family during this difficult time. Will’s talents will live on through the incredible voice work he leaves behind.

Comments Off on Will Ryan, Disney Voice Actor, Dies at Age 72