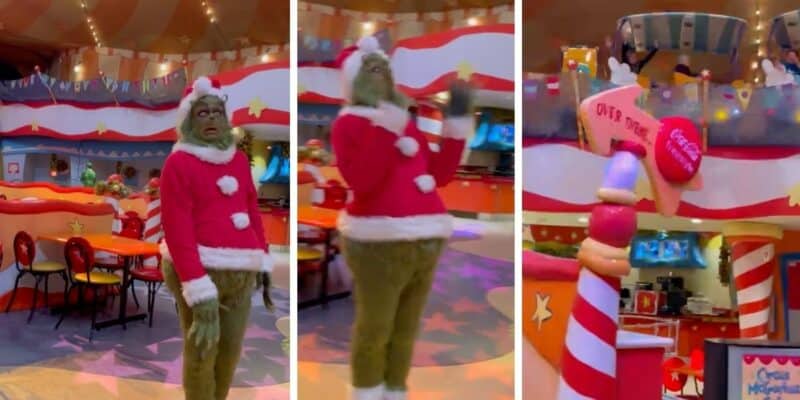 Universal Orlando Resort is currently decked out for the holidays at both Universal Studios Florida and Islands of Adventure, and it is a magical time!

Regardless of which Park you choose to visit, there are a ton of festivities to enjoy and indulge in. At Universal Studios Florida, the streets of New York are lit up stunningly, transporting Guests to the city that never sleeps while they enjoy Universal’s Holiday Parade featuring Macy’s. Universal’s Islands of Adventure and Universal Florida have a ton of offerings in the Wizarding World of Harry Potter.

The streets of Hogsmeade, Diagon Alley and London will become beautifully adorned with themed decorations, garlands and lights as the sounds of special holiday-themed performances fill the air. Guests can sip on hot Butterbeer while they listen to Christmas carols from the Frog Choir comprised of Hogwarts students and their giant croaking frogs, as well as the unique holiday hits of one of the wizarding world’s most popular singing sensations, Celestina Warbeck and the Banshees.

On top of that, Guests can experience Grinchmas by watching the Grinchmas Who-liday Spectacular and even having the opportunity to spot the green man himself! If you actually want to see The Grinch in person, you can! Universal is offering holiday tours where Guests are guided by a V.I.P. leader throughout both Parks, and after experiencing it last night, I can say that The Grinch made my night worth it — on top of all of the other fun offerings that are included, like a “Who and A” with the Whos!

When you take your cookies and hot chocolate break at Circus McGurkus Cafe Stoo-Pendous, The Grinch can be seen walking around the location, and he is hilariously improving his way through the night! One of the most memorable parts that we were able to chuckle at was when The Grinch told the Guests riding The High in the Sky Seuss Trolley Train Ride! through the restaurant that they need to get out of the Park! He may be the only Team Member allowed to talk like that to a Guest and somehow still bring a smile to their face!

We also learned that his Santa suit is made from a curtain; he eats more than trash and wants to talk about more than just onions! If you are lucky, you can even snap a quick selfie with him. If you want to take a look at one of the many times The Grinch was yelling at Guests to get out of the Park and go home, you can watch below!

The Grinch’s improvisation abilities are top-notch, and we can’t wait to see him again at Universal Orlando Resort this holiday season!

Would you want to meet The Grinch? Are you planning to visit Universal Orlando Resort over the holidays?