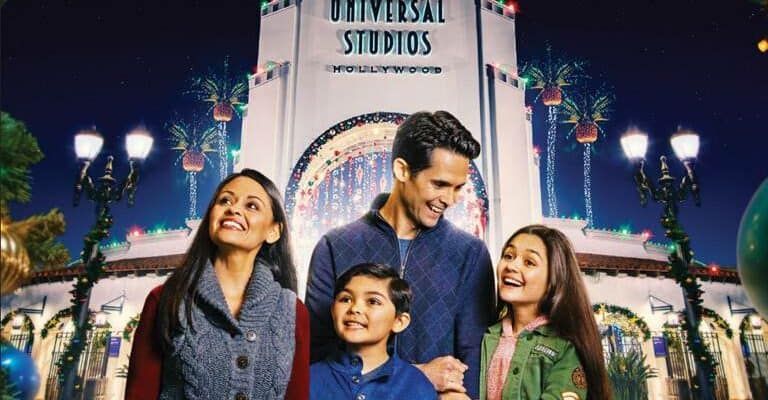 Fans of the holiday season at Universal Studios Hollywood will be glad to know that the beloved and merry events will be returning this year. This comes after the pandemic had led to the extended closure of Universal Studios Hollywood, and no special events took place last year. Halloween Horror Nights returned this year, and now the holiday festivities, including Grinchmas, will be returning as well.

A press release sent out today by Universal Studios Hollywood confirmed that their beloved Christmas-themed events would be returning for 2021. The events will begin on Friday, November 26, and run through January 2, 2022. Unlike Halloween Horror Nights, access to these events will be included in regular park admission.

The two special events that will be taking place during the holiday season inside the park will be Grinchmas and Christmas in The Wizarding World of Harry Potter. The official press release descriptions of the events have been posted below.

Christmas in The Wizarding World of Harry Potter:

“Families will rejoice at the arrival of “Christmas in The Wizarding World of Harry Potter,” where the quaint wizarding village of Hogsmeade™ is transformed to reflect the holiday spirit featuring merry décor and jolly ambiance. Guests can take delight in special holiday a cappella performances from the Hogwarts Frog Choir, stroll through the village shops while sipping a delicious Hot Butterbeer™ and enjoy savory festive fare at the Three Broomsticks™.

Beginning at dusk each night, “The Magic of Christmas at Hogwarts™ Castle” dazzles with stunning imagery and animation as the impressive light projection show illuminates Hogwarts™ School of Witchcraft and Wizardry, bringing the iconic Hogwarts™ castle to life and infusing the land with the sounds of an arrangement of music from the Harry Potter film series.

Guests can commemorate their Christmas visit to Hogsmeade™ Village with a variety of exclusive keepsake items available for purchase, including personalized ornaments, garland, scarves and stockings.”

“The jolly “Grinchmas” Who-lebration returns in festive fashion as holiday park-goers will be rockin’ around the topsy-turvy 65 foot-tall “Grinchmas” tree in Universal Plaza, adorned with hundreds of ornaments and thousands of LED lights. A dazzling tree lighting ceremony accompanied by a snowfall flurry will take place every evening, bringing good tidings and season’s greetings as guests celebrate with The Grinch, his faithful dog Max and the Who-ville Whos, who will be performing on select nights. A selection of themed Who-tacular sweet treats, including hot cocoa will be available for purchase.”

Not only the parks will be illuminated with the holiday spirit, but also the vast Universal CityWalk will be decking the halls with plenty of merry decorations, such as a 40-foot tall Christmas tree with over 200,000 LED lights and so much more. Voodoo Doughnut will be serving up a variety of holiday season baked goods sure to make your stomach as happy as Santa’s when he sees a plate of cookies.

As we previously reported, there are new entry requirements to Universal Studios Hollywood, due to a mandate that was passed by Los Angeles County. The information can be found here.

Will you be attending Holidays at Universal Studios Hollywood? Be sure to let us know in the comments!