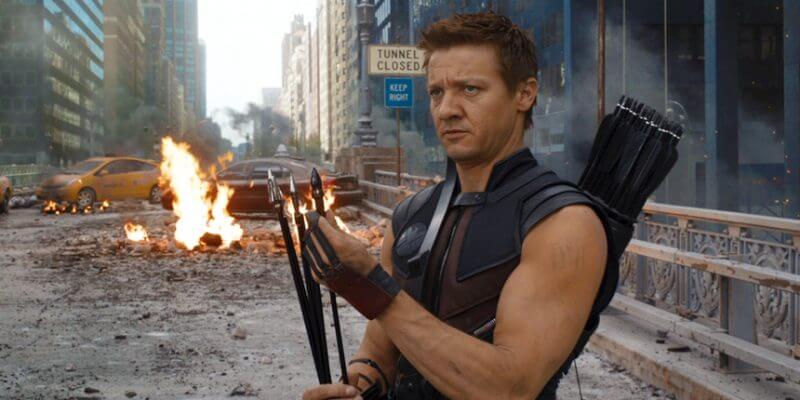 When it comes to recasting anyone in the MCU, the topic is often very touchy as Marvel fans tend to fall in love with certain characters. Recently, the most recasting that we have seen was through Disney+’s animated series What If…? As not all of the original Marvel actors were able to reprise their voice in the show, such as Robert Downey Jr (Iron Man) or Tom Holland (Spider-Man), they had to be recast for the series.

That being said, there was a Marvel actor that told Marvel that they could recast him completely, including his live-action role in the Avenger films, as well as any standalone series or movies. Jeremy Renner plays Clint Barton/Hawkeye. He joined the MCU in 2012 in The Avengers and would go on to star in Avengers: Age of Ultron (2015), Captain America: Civil War (2016), Avengers: Endgame (2019). Soon he will be starring in the series Hawkeye, premiering on Disney+ on November 24.

Even though Renner is a valuable character in Kevin Feige’s Marvel Universe, he was willing to leave it all behind if his filming schedule took too much time away from his daughter. As noted by Insider (via Men’s Health).

Renner said that his priorities shifted when he and actress Sonni Pacheco welcomed a daughter named Ava in 2013.

The actor, who’s portrayed the Marvel character Clint Barton/Hawkeye since “Thor” was released in 2011, told the publication that he put his foot down because he found himself flying back and forth, often to spend just a few hours with his daughter.

“It taught me how to have the nuts to say, ‘Everyone, f**k off. It’s my time with my daughter,'” Renner said.

Renner was then warned that he would be recast, to which he replied, “Fine, recast me. I’m going to be here with my daughter. It was pretty gnarly.” Of course, we can see that this did not happen, so clearly, Marvel was able to create a schedule that would not pull away from his at-home life too much.

In 2019, we reported Renner was accused of threatening to kill his wife and himself in a custody filing. Fans did not know if Disney would plan to recast the actor as he had such strong allegations against him. Renner called his ex-wife an “unstable liar.” It was said that :

“The well-being of his daughter Ava has always been and continues to be the primary focus for Mr. Renner,” the actor’s representative told The Independent. “This is a matter for the court to decide. It’s important to note the dramatisations made in Ms. Pacheco’s declaration are a one-sided account made with a specific goal in mind.”

Considering that just a few years ago, Renner underwent a challenging experience with his at-home life, it is not shocking to hear that he now prioritizes family first. Renner noted that until his daughter would rather hang out with her friends instead of him, acting will be taking a backseat.

In terms of Disney+ shows, Spider-Man: Freshman Year will soon be coming to Disney+ (among other announcements such as  X-Men ’97, What If…? Season 2, Echo, She-Hulk, and Agatha: House of Harkness) were also just announced as part of the upcoming Marvel line up!

What do you think of Renner’s stance on filming with Marvel?