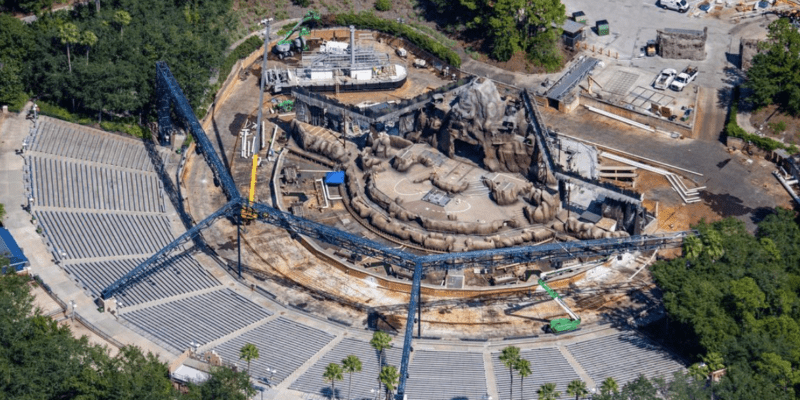 With the pandemic came the closure of everything at Walt Disney World Resort, and now that we are finally seeming to unthaw from that frozen moment in time where life seemed to come to a halt, Disney is doing so as well.

Over the past year, we watched Disney World implement health and safety measures, as well as dramatically reduce their offerings in an attempt to navigate reopening their theme parks in a pandemic world where COVID-19 cases were still surging. Over time, and as vaccinations have become available, we have seen Disney return to a more normal state of operations.

Slowly, entertainment, which was the division of the Disney Parks that was hit the hardest, is beginning to return. At Disney World, fireworks can once again be seen at Magic Kingdom and EPCOT. Disney’s Animal Kingdom has an all-new daytime show called Disney KiteTails, and Disney’s Hollywood Studios has the Wonderful World of Animation, as well as Disney Movie Magic. Disney Very Merriest After Hours, we finally saw the return of a full parade at Disney World!

Although the evening entertainment is seemingly coming back, one of the biggest and most beloved shows has yet to return. Disney’s Hollywood Studios may light up the Chinese Theatre, but The Hollywood Hills Amphitheater has been silent. Many Disney fans have been patiently awaiting to hear news of the return of Fantasmic! The show has yet to return, and is one of the most beloved shows as Guests step into the dreams of Mickey Mouse and can see all of their favorite Disney characters.

We have been reporting on the progress of the theater over the months, as we have seen the lagoon drained and some work being done. Now, it seems that Disney is in full force with construction. Jonathan (@thedisneypilot) posted a photo of the ongoing work from an aerial view, and we can see a lot of work is being done to the grounds of the lagoon. In his post, Jonathan notes:

For the last couple of months, I’ve noticed a drained and deserted Fantasmic Amphitheater. This time however, the show area is seemingly alive with construction equipment and crews on site!

Could this be a sign of the imminent return of our beloved Nightime Spectacular at #DisneyHollywoodStudios?!

Although this does seem like positive progress, it appears that there is still a lot of work that is needed to bring this show back to life, as the stage is much more of a construction zone at the moment. We will need to now await with hope for an announcement from Disney; however, that has not yet been made.

When do you think Fantasmic! will return?

Comments Off on Fantasmic! Stage Turns Into Massive Construction Zone