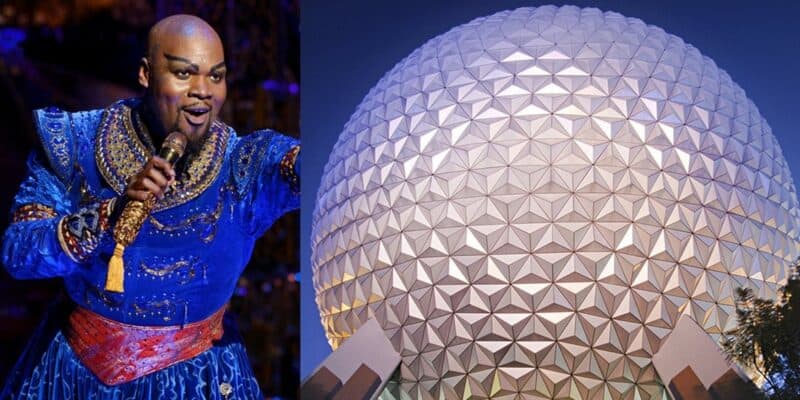 EPCOT is the place to be! With the Theme Park’s continuing transformation, we’re feeling the excitement grow each and every day. Today, Disney announced EPCOT will be home to a new restaurant which we’ll soon be able to experience in the World Celebration neighborhood. Now, we’re turning from food to music as Disney reveals the lineup of talented artists for EPCOT’s Disney on Broadway Concert Series.

Get your appetites and artistic side ready as Walt Disney World Resort gears up for the 2022 EPCOT International Festival of the Arts, taking place January 14 – February 21. The EPCOT festival is expected to be as fantastic as ever with plenty of great food and experiences to let your inner artist have a great time. What’s an art festival without music? Disney is welcoming Disney on Broadway to take center stage in EPCOT’s American Adventure Pavilion in the World Showcase.

Get swept away by the songs you love during DISNEY ON BROADWAY performances at EPCOT International Festival of the Arts. Sit back and sing along with show-stopping numbers from legendary Disney musicals. Every 2 weeks, we’ll welcome different pairs of DISNEY ON BROADWAY stars to perform some of the songs they helped make famous, plus other sensational tunes.

So who’s taking the stage for the DISNEY ON BROADWAY Concert Series? Here’s the run down thus far for the 2022 schedule:

Kerry Butler (Beauty and the Beast) and Telly Leung (Aladdin)

The best part is Disney on Broadway is included with your Theme Park admission to EPCOT. Take note that Disney suggests checking the My Disney Experience App for updates as your Park date draws nearer.

Who are you most looking forward to seeing perform at EPCOT in 2022?