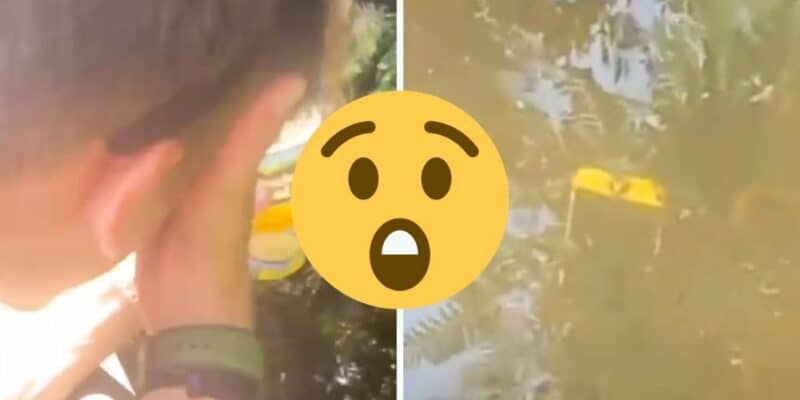 During one visit to Disney’s Animal Kingdom — one of Walt Disney World’s four theme parks — a Guest accidentally dropped his phone into the lake, leaving it submerged in water.

One Disney World Guest had their worst nightmare come true when they accidentally dropped their phone into the lake below them at Disney’s Animal Kingdom, losing their device most likely forever. In a TikTok video, you can see a group of friends talking when suddenly you notice the phone drop into the water below them. The video then pans to the user’s boyfriend, whose face is buried in his hands with frustration and disbelief.

You can see the video below, or by clicking here:

It is unclear as to exactly when this incident occurred, or if the Guest was able to retrieve his phone with the help of Cast Members.

Have you ever lost a phone at Walt Disney World? Let us know in the comments below.