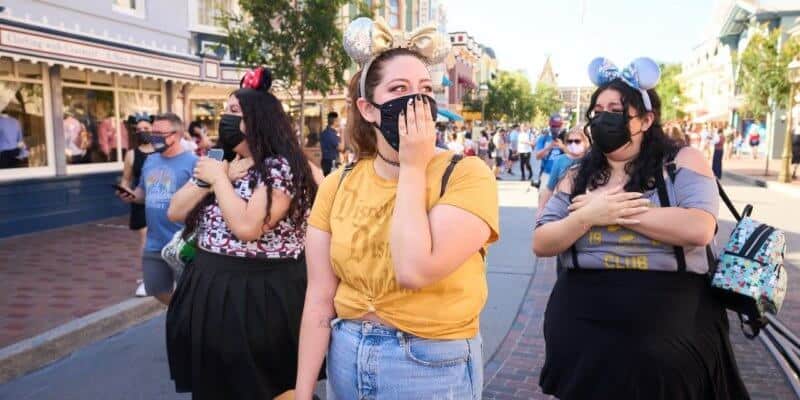 Disney+ has proven to be a saving grace for the Walt Disney Company, as it has created a way for the company to profit during the pandemic heavily.

We have seen fantastic TV series sprout from the streaming service, which is now one of the companies biggest sources of revenue. The amount of Marvel shows that have been binged from WandaVision, The Falcon and the Winter Soldier, Loki — which debuted as the most-watched premiere — and What If…?, as well as Star Wars content like the incredibly popular Mandalorian has proven one thing to Disney — viewers want more.

The company has now started to find ways to integrate the streaming platform in the parks more, which is something that Disney CEO Bob Chapek has spoken about making a priority.

For example, while Loki was releasing each episode weekly on Disney+, in Disney California Adventure over in Disneyland, we saw his character in Avengers Campus transform each week into the outfits represented in the show. This gave viewers who were keeping up with the series an exciting reason to want to return each week, as they could see the story unfold on TV and in real life.

Disney Parks Blog shared the following about the upcoming festivities:

In celebration of Disney+ Day, Disney+ subscribers with a valid ticket or pass and theme park reservations for the day will enjoy special benefits at select Disney theme parks. Disney+ subscribers are invited with their travel party to enter all theme parks at both Walt Disney World Resort and Disneyland Resort 30 minutes before regular park open.

Disney+ subscribers are the real stars at Disney Hollywood Studios and Disneyland Park, where guests will be welcomed with a blue carpet experience, including special photo opportunities throughout the parks.

Plus up your photos with complimentary Disney PhotoPass digital download(s) taken at select locations, offered especially to Disney+ subscribers via the My Disney Experience and Disneyland apps.

Fan favorite Disney+ characters are also joining the festivities with appearances around the parks. The fun doesn’t stop there – there are more surprises in store for subscribers who visit on Disney+ Day at Walt Disney World and Disneyland Resort!

These offerings give Disney+ subscribers a whole new meaning regarding in-Park perks and offerings, proving to Guests that they should continue their Disney+ subscriptions. As noted above, Guests with a Disney+ account will be able to enter Disneyland Resort 30 minutes before the parks open, which is fantastic!

There will also be special character sightings with a fancy blue carpet rolled out, meaning that this will be a day with plenty of enhancements for Guests. It was not noted how the logistics would work on this day, but as a speculation, I would assume they may choose to keep it simple, and parties would just need to show one Disney+ account logged in on their phone as proof to experience the early entry. That being said, that is purely speculative at this time.

It is great that Disney is further connecting the multiple streams of their business with the Parks, creating a sense of symbiosis among fans!

Will you be attending Disney+ Day? Which Park will you be celebrating at?