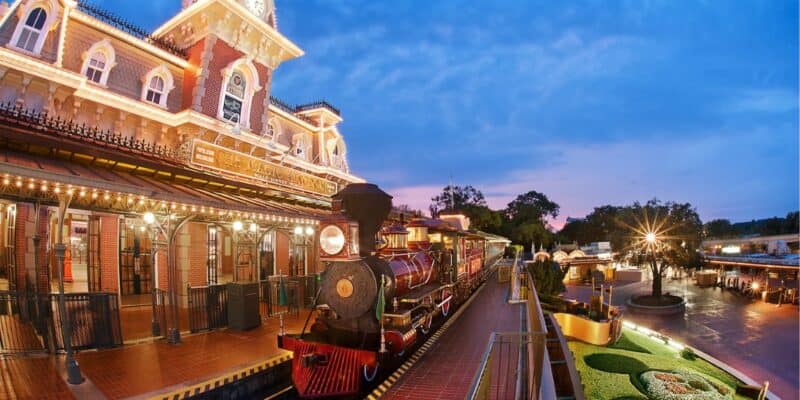 If you have been to Disney World as of late and stayed at a Deluxe Resort,  you likely have experienced the perk of having Extended Evening Theme Park Hours.

For Guests who want to stay at Magic Kingdom or EPCOT for hours after closing, staying at a Deluxe Resort is your best bet. The new perk was recently added in September and allows Guests to stay at both parks after close — sometimes that schedule extends from 10:00 p.m. to midnight! EPCOT has since always been a Monday option for the Extended Evening Hours and Magic Kingdom on Wednesdays. Now, we can see that on February 4th, there will be a shift! Right now, we can only see the schedule through to February 4, so it will be interesting to see if the following Friday follows the new schedule or reverts to the old one.

Magic Kingdom Guests who are staying at a Deluxe Resort will no longer be able to stay late on Wednesdays in February, but rather on Fridays! Although we are still a couple of months away from the change, many Guests who are planning vacations and have the perk of staying at a Deluxe Resort will likely want to make their Disney Park Pass reservation on a Friday, as that will give them the option of staying at Magic Kingdom until midnight or earlier, depending on the day. February crowds can begin to pick up at times, as many Guests are visiting during their spring break, so staying at the parks later will help you get on those coveted attractions without the massive crowds that day Guests bring.

You will need to show proof of your reservation before riding an attraction after the Park closes on these days, so be sure to have your MagicBand or room key with you! This helps ensure that only Deluxe Resort Guests are able to utilize the perk.

At the moment, Disney World has halted the sale of tickets to their parks on certain days as the holiday season has caused all four Parks to sell out of capacity for almost every Guest. Annual Pass sales have also halted as well. After seeing this, it has become clear that Guests visiting during a busy time should make sure to make a Disney Park Pass as soon as they can. By doing so, you ensure your spot in the Park!

Are you planning on staying at a Deluxe Resort soon? Does this perk make you want to stay at one?