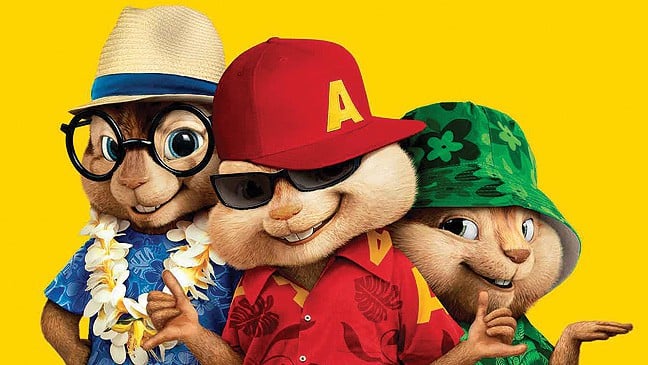 When Dave Seville shouts “ALVIN!”, you know there is trouble! But, is that trouble worth $300 million dollars? Well, it seems like the trio of chipmunk brothers, Alvin, Simon, and Theodore are on sale, as the rights to the Alvin and the Chipmunks franchise is on the market. Disney already has a licensing deal with Alvin & the Chipmunks, so could this sale of the three brothers impact Disney?

First created in 1958 by Ross Bagdasarian Sr., Alvin and the Chipmunks have been a childhood favorite for years as the three brothers share their chipmunk voices and wild adventures. They first got their names out there when they released the holiday classic, “The Chipmunk Song (Christmas Don’t Be Late)” which we still sing today. From music to films and television shows, these brothers are big stars. The oldest and most mischievous chipmunk brother is Alvin. Middle brother, Simon, has the smarts, while the youngest brother, Theodore is the lovable shy chipmunk. Together, they make a great team but it usually takes them the entire story to figure that out! They are best at singing in harmony and keeping their father-figure and manager, David Seville, on his toes.

RELATED: 600 Disney-Owned Film and TV Shows That Are Still Missing From Disney+

According to CNBC, “Bagdasarian Productions, owner of the Alvin and the Chipmunks franchise, is seeking a buyer, according to people with knowledge of the matter, as it looks to cash in on the premium prices that media companies and private equity investors have been willing to pay for intellectual property. The company, owned and operated by Ross Bagdasarian Jr. and his wife, Janice Karman, has held talks with several potential buyers, including ViacomCBS, but hasn’t come to an agreement on terms, said the people, who asked not to be named because the negotiations are private. Bagdasarian Productions is working with a financial advisor and has been looking for a price of about $300 million, two of the people said.”

Should Disney go all in and buy Alvin and the Chipmunks? Let us know your thoughts in the comments.