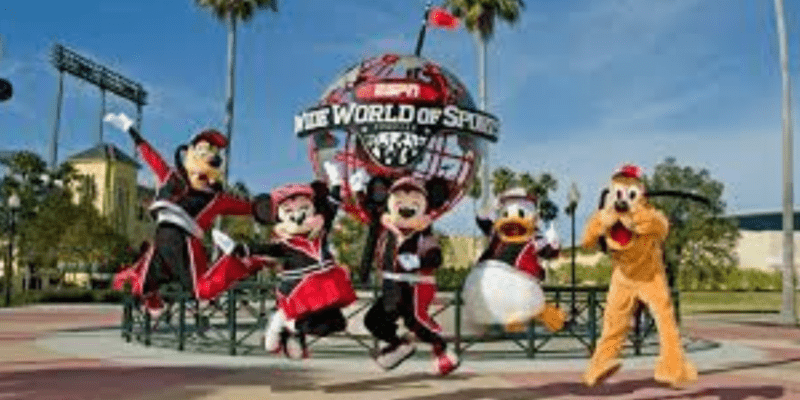 Disney has announced a new campaign to promote a new bundle for their streaming services. The campaign is titled “More To Be A Fan Of” and is centered around the streaming bundle which gives subscribers access to ESPN+, Disney+, and Hulu, streaming a number of NHL games this season.

Due to the athletic nature of more than half of the streaming platforms, this campaign is geared toward sports with a focus on professional sports that you can find on ESPN such as the NHL, MLB, MLS, NBA, and PGA, not including various specials presenting different sports throughout the year.

In a press release, ESPN’s Vice President of Brand Marketing, Seth Ader, discussed the “More To Be A Fan Of” campaign and described it as:

“This campaign is about harnessing the power of sports to show our viewers that their fandom can be even broader. The themes we celebrate in sports on ESPN platforms are the very same themes found in The Disney Bundle…Great storytelling knows no bounds, and the Disney Bundle is the sports fan’s home for the greatest storytelling in streaming.”

The campaign really tries to hit home by describing fans as a part of what makes professional sports so special. Fans play a huge role in helping create great sports stories by being the characters they can easily turn into once a game starts.

Of course, it is not Disney related until heroes, villains, and triumphs are mentioned. Joined by select Disney characters, “More To Be A Fan Of” brings those memorable sports moments to light by describing the special moments that are created through rivalries, championship games, and heartfelt game moments, to list a few.

ESPN Marketing released a trailer for the campaign which can be found below. The trailer depicts families and friends supporting their favorite teams alongside highlights from various sports games and appearances by favorite Disney characters.

The “More To Be A Fan Of” campaign certainly brings together all of the qualities that viewers can find while watching sports. The campaign also does an excellent job at telling the story of how a fan can have such a profound effect in sports as a whole, a wonderful testament of the true meaning of sports.

Will you be subscribing to the Disney+, ESPN+, and Hulu bundle? Let us know in the comments!

Comments Off on Support Your Favorite Team in Disney’s “More To Be A Fan Of” Campaign!