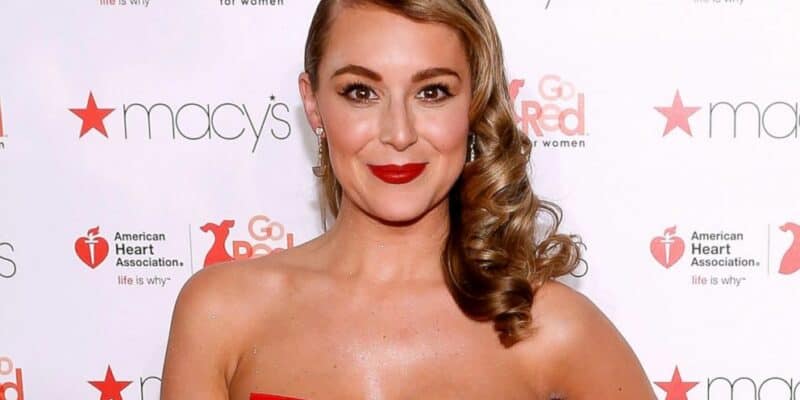 Alexa PenaVega (RepoMan), best known as Carmen Cortez in the Spy Kids franchise — which was released by then-Disney-owned Dimension Films — revealed recently that her 2-year-old son has suffered a severe at-home injury that left him with a partially severed finger. PenaVega shared details about the situation on her Instagram Stories, including the following photo that was captioned:

Adding to the drama surrounding the situation, the starlet revealed that the injury was actually her fault — she seemingly inadvertently closed a door on the toddler’s hand, leading to the injury. Her initial post read, in part:

Hi friends. Friday night was rough. While getting the kids ready for bed I shut Kingston’s fingers in the hinge o the bathroom door. His first finger bruised and a little bloody…but his middle finger took the brunt of it and was severed from the first knuckle to the tip. It was the most traumatic thing we’ve had to go through as a family. The mom guilt and shame was really hard to get through. But thank God for prayer and for the sweet little bruiser Kingston is. Carlos [PenaVega’s husband since 2013] was amazing and swooped in like Superman to take care of our family.

However, PenaVega was quick to clear up that she certainly did not intend to injure her child. She called out “ugly” comments and noted:

…that thankfully the little guy is “already doing backflips like nothing happened” and credited her faith for avoiding feelings of shame and guilt.

“The enemy tried to take advantage of our vulnerable situation,” she wrote.

Although internet trolls made the situation worse for PenaVega and her family, it seems that they are moving on from the situation, and that little Kingston will fully recover, although doctors were unable to reattach the severed portion of his finger.

It is important to note that The Walt Disney Company no longer owns Miramax/Dimension Films, so the Spy Kids movies are not streaming on Disney+. However, they can be found on Netflix.

What do you think about Alexa PenaVega’s unfortunate parenting incident?