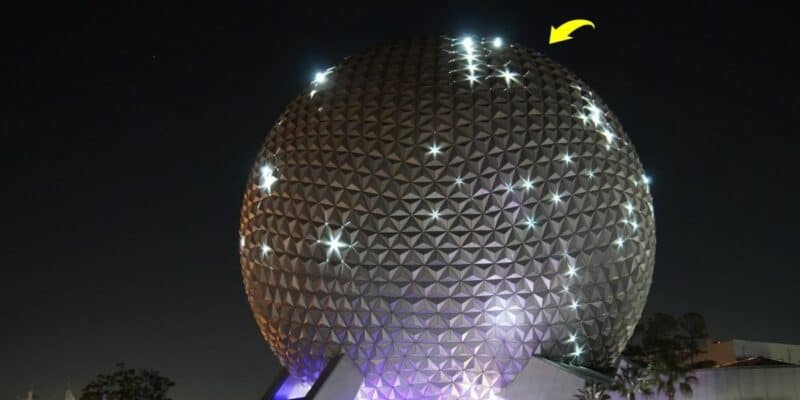 If you have been to EPCOT since October 1, you have likely noticed a few major differences.

There is now a new nighttime spectacular, Harmonious, which will grace Guests each night over the World Showcase lagoon, as well as a brand-new ride, Remy’s Ratatouille Adventure, and an expansion of the France pavilion. On top of all of this, Future World is being overhauled, and we can see a sprinkle of what is to come with the completed Club Cool and Creations Shop.

My personal favorite change that has happened at the Park is the new Beacons of Magic that were installed onto Spaceship Earth for the 50th anniversary and will remain permanent. There are now hundreds of lights that Disney can control and program to make Spaceship Earth light up in any way they would like. The way the ball now twinkles at night and then brings overwhelming color to the Disney skyline is fantastic and one that many Guests will enjoy for years to come.

That being said, with so many lights and pixels, it was only a matter of time until one of them experienced a form of malfunction. One of the lights is currently not functioning correctly as it remains blue and always on during transitions.

Below, you can take a look at the broken light from a set of photos put out by Bioreconstruct on Twitter:

Spaceship Earth has a stuck blue pixel problem near the top.

Spaceship Earth has a stuck blue pixel problem near the top. pic.twitter.com/t9HPe5hZgG

Now, this is not a major issue, and many Guests will likely not notice it considering the overwhelming number of lights on Spaceship Earth. Fixing the problem should not be too hard, either. If a computer cannot correct the light, it can easily be replaced. Disney can reach in from the inside of Spaceship Earth as the ball is double-layered, with walkable passageways in between the two. That is actually how many of these lights were installed, so theoretically, likely a way to replace them without needing a massive crane or causing too much attention.

What do you think about the new Spaceship Earth?