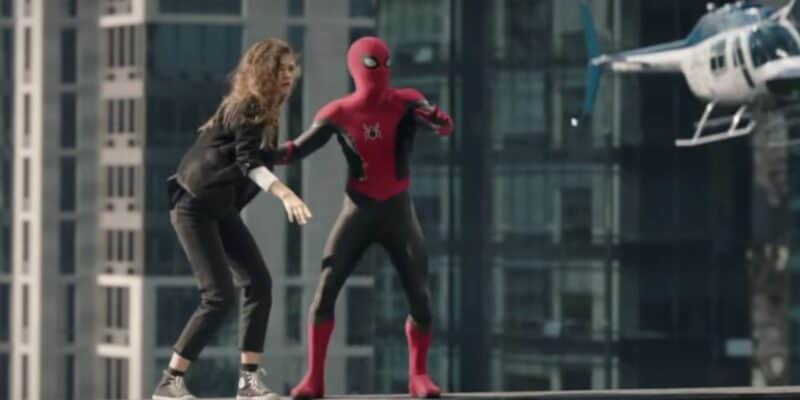 Spider-Man is one of the most beloved comic book characters of all time. He has Marvel AND Sony movies dedicated to him, numerous video games, and even a whole attraction themed around him at Universal’s Islands of Adventure theme park in Orlando, FL. However, a producer of the Sony adaptation of the series has spoken out about being moved to tears of anger at the thought of having to cross over to the Marvel Cinematic Universe.

According to ComicBook.com, producer Amy Pascal stated that she was ferociously upset when Marvel president Kevin Feige stated he wanted to collaborate on Spider-Man. This was shared in a book called The Story of Marvel Studios: The Making of the Marvel Cinematic Universe, which was written by Tara Bennett and Paul Terry.

In the book, the voyage to Sony Pictures Entertainment is explained and how they had ginormous plans for ultimately one of the most iconic Marvel characters, who is still receiving new films and video games decades later. Sony’s Spider-Man adaptations have been insanely popular and the highly anticipated Spider-Man: No Way Home is right around the corner.

Pascal revealed in the book that she even went as far as throwing Kevin out of her office for the idea. She eventually came around, and it is great that they did because Spider-Man’s story still captivates audiences to this day.

“At first, I was super resentful. I think I started crying and threw him out of my office, or threw a sandwich at him – I’m not sure which… By the fifth [Spider-Man] movie, we weren’t giving them anything new. And I have to be honest about it, we were trying so hard to be different, we even went into places to be different that we shouldn’t have. We weren’t fresh anymore. The lucky thing is, Kevin and I come from the same place in terms of how we love Peter. I’ve been working with Kevin on Spider-Man movies since Sam Raimi’s. He would come to the meetings, get everybody coffee, and he never said a word for years, which makes you love somebody because then when they do open their mouth, you realize that they’ve been thinking all the big thoughts and are really smart, but never had to hear themselves talk.”

Kevin Feige was thrilled when the deal was able to be agreed upon and vowed that Spider-Man’s voyage in the MCU will continue. He states that Spider-Man is a powerful icon who is able to touch people across the globe, so his story must be continued to be told.

He also stated that since Sony is continuing to develop their own Spider-Verse, that surprises await in the imminent future. Fans can look forward to Marvel’s Spider-Man 2 video game which will be debuting on PS5 exclusively and Spider-Man: No Way Home which will premiere in theaters on December 17.

Are you a fan of the Sony Spider-Verse? Be sure to let us know in the comments!