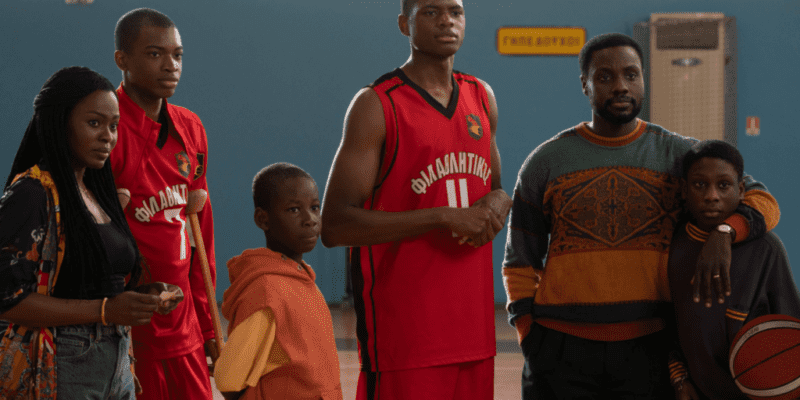 The film is going to tell the story of the family who raised a trio of NBA champions. The story will incorporate Nigerian heritage, Greek nationality, and one-of-a-kind athletic ability that the Antetokounmpo brothers exude on a daily basis.

During the last NBA season, Giannis and Thanasis helped obtain the Milwaukee Bucks’ first championship ring in fifty years. Kostas played for the Los Angeles Lakers, who were champions the prior season. In the film, viewers will be able to see how one family’s determination and vision led to a groundbreaking and almost unheard of phenomena: Multiple siblings playing for the same professional sports league.

According to Comicbook.com, Disney+ released the cast lineup today for the new film, and of course, Disney aimed for accuracy as well as good talent.

Uche Agada and Ral Agada (real life brothers), have been cast to play the roles of Giannis and Thanasis. Jaden Osimuwa (SuperBen) has been cast to play the role of Kostas, the brother on the L.A. Lakers. Elijah Sholanke (Mother’s Cry) was cast as their other brother, who is named Alex in real life. Yetide Badaki (American Gods) and Dayo Okeniyi (Emporer) will be playing the roles of the Antetokounmpo parents. The film will be directed by Akin Omotoso (Tell Me Something Sweet) and Bernie Goldman (300) will be the producer.

Giannis Antetokounmpo will be executive producing the biopic alongside Andreas Dimitriou and Michael Foutras.

“I am thrilled and honored that Disney+ is bringing my family’s story to people all over the world. My hope is that it will inspire those in similar circumstances to keep the faith, stay true to their goals, and not to give up on striving for a better life.”

The NBA posted a heartfelt clip of the Antetokounmpo brothers sharing the same court during a game earlier in 2021.

The film is going to bring to life the hardships the family faced by immigrating to Greece from their native country of Nigeria. The family faced numerous roadblocks, challenges and issues along the way. However, their determination for a better life led to a wonderful series of events, which resulted in the siblings having NBA stardom. Giannis entered the NBA Draft in 2013 and the rest was history.

At this time, there is no official release date for the film on Disney+. Be sure to stay tuned for updates.

Are you excited to see the story of the Antetokounmpo brothers come to Disney+? Be sure to let us know in the comments!

Comments Off on Inspiring Basketball Biopic ‘Rise’ Heading to Disney+