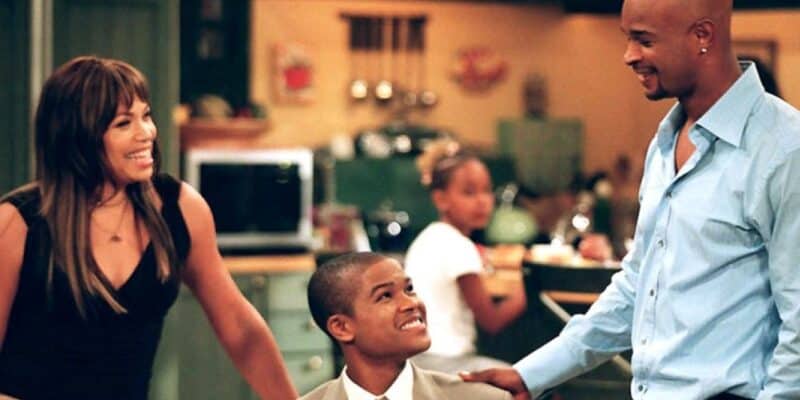 Disney+ viewers in the U.K. and Ireland who are fans of the classic sitcom, My Wife And Kids, have a very special surprise that is coming right around the corner.

Disney has announced that all five seasons of the hit comedy series My Wife And Kids will be coming to the Disney+ streaming service on Wednesday, November 24 in those countries. The series originally aired on ABC in the United States from March 2001 to May 2005. The series also aired on a number of different channels in the United Kingdom including Sky Living, Trouble, Comedy Central, and BBC Two.

The classic television show is already available on Disney+ in certain markets such as Canada and Australia. The show can also be streamed on Hulu in the United States.

My Wife And Kids tell the story of Michael Kyle (Damon Wayans), the father of a dysfunctional upper-middle-class family with a wicked parenting style and unique antics. He teaches his three children life lessons and does so with a witty sense of humor. Tisha Campbell (Jay Kyle), George O. Gore II (Michael Kyle Jr.), Parker McKenna Posey (Kady Kyle), and Jennifer Freeman (Clair Kyle) can be seen portraying Michael’s wife and kids on the program. The official synopsis of the show can be found below.

More on My Wife And Kids:

“Michael Kyle longs for a traditional life, but his day-trader wife Janet, gangsta rap-worshipping son Michael Jr., and brooding daughters Claire and Kady make his dream just that … a dream. Damon Wayans plays Michael Kyle, a man on a tragically funny quest for a “traditional” family.”

The show was ultimately canceled in 2005 due to a declining rating. Network executives stated that the show had run its course, and it was time to come to an end. The show is still beloved by fans worldwide and can be seen on cable TV frequently as well as streaming services. Disney owning ABC now means that a lot of incredible older sitcoms could possibly be coming to the streaming service in the years to come.

Are you excited about My Wife And Kids coming to Disney+ in the U.K. and Ireland? Be sure to let us know in the comments!