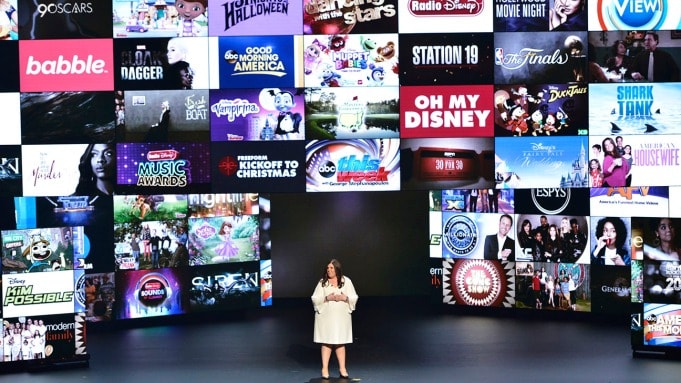 Disney usually holds triumphant and elaborate presentations at the Lincoln Center for their annual TV industry upfront events. Now, Disney is trying to create something more intimate and hands-on to give advertisers a more personable approach to the entertainment conglomerate.

According to Variety, the owner of Hulu, ABC and ESPN plans on asking advertisers and buyer to come together at an undisclosed location, where company executives will be able to interact and be more hands-on with the entire media portfolio.

“We need to modernize our presentation and how we show up,” Ferro told Variety. Doing so has become increasingly important as more advertisers look for ways to run commercials alongside video content that appears simultaneously across many kinds of media outlets and use data to purchase ad time with more precision. Ferro expects to invite advertisers to a new kind of Disney upfront showcase that is experiential in nature, she says. In the months ahead of the extravaganza, the company will hold separate presentations, some virtual, for programmatic advertising in live events, on October 27; a week of discussions about advertising technology and data, in late February and early March; and sports in April.”

Due to the pandemic and the cancellation of most in-person events, most of the new programming lineup has been done through virtual showcases. However, more companies are slowly and steadily transitioning back into in-person events. We previously reported on Eternals (2021) red carpet premiere, which was done in person at the El Capitan Theatre in Los Angeles, California.

The big in-person events were ways for media conglomerates to be able to bodaciously showcase their programming and receive millions to billions of dollars from top marketing competitors, some of those being Apple and Zyrtec. Variety went on to estimate that NBC, ABC, CBS, Fox, and The CW Network secured between $8 and $10 billion for their 2021-2022 prime-time schedules, which was slightly lower compared to the previous season.

Ad sales make up a huge portion of revenue for major television networks, which is why the in-person events are so crucial. In typical Disney fashion, the company wants advertisers and buyers to not only use their programming to advertise but to feel comfortable and personable while doing so, which Disney is known for (magic and happiness). With the ever-changing climate, companies are continuously having to adapt to the new landscapes that seem to change every minute.

In accordance with government and CDC guidelines, Ferro stated that Disney will plan to most likely require attendees of the in-person events to showcase a negative COVID-19 test or a proof of a government-approved COVID-19 vaccination. There seems to be too much information that needs to be relayed, which is why Ferro and the company are pushing for the in-person events, to be able to adequately explain the in depth details of what they are trying to achieve from their advertisers and buyers.

Do you think it’s time for large in-person events to start happening again? Be sure to let us know in the comments.

Comments Off on Disney Plans to “Shake Things Up” For Advertisers