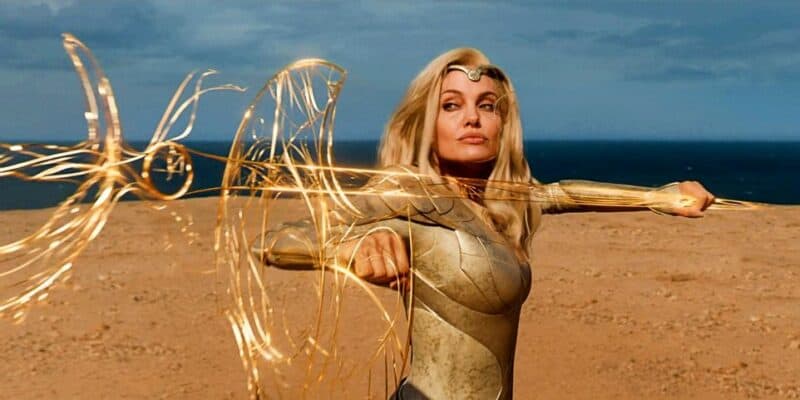 We have been keeping up with all things related to the highly anticipated film Eternals (2021), which premieres on November 5. Legendary actress Angelina Jolie, who portrays Thena in the upcoming film, shared whether she would direct a Marvel Cinematic Universe film on the red carpet premiere of the film last night in Los Angeles.

Last night, the star-studded cast of Eternals, hit the red carpet at the El Capitan Theater in Los Angeles in support of their new Marvel film Eternals, which is an adaptation of the beloved comic book series of the same name. Marvel has numerous projects in the works and Eternals has definitely been one of their most highly anticipated projects, especially with the delay of numerous films due to the pandemic.

According to ComicBook.com, producer Nate Moore stated that Jolie was originally only going to have a small cameo in the new film, but that obviously ended being shattered by her taking on the role of Thena, a lead character in the film who will reportedly suffer from memory loss due to her age.

Last night on the red carpet, Jolie spoke with Variety and stated that she doesn’t know if she would direct an MCU movie, but she will speak to Marvel Studios President Kevin Feige about the idea. The video clip and Tweet have been posted below.

“Would Angelina Jolie ever direct an MCU movie? “Maybe I’ll talk to Kevin [Feige] tonight, see if there’s a job for me.”

Would Angelina Jolie ever direct an MCU movie? "Maybe I'll talk to Kevin [Feige] tonight, see if there's a job for me." https://t.co/F6rov2HB1g pic.twitter.com/hlrzYl5vA3

Perhaps this will happen if a sequel to Eternals is greenlit. We could possibly see a very famous name in the credits, not only as Thena, but as a director as well. This is not for certain, though, and fans should not get their hopes up in regard to seeing the Tomb Raider actress in the director’s chair.

A portion of the official Marvel biography of Thena has been posted below.

Thena is a second generation Eternal (evolutionary offshoot of humanity created by experiments performed by the Celestials), being the eldest daughter of Zuras, leader of the Eternals of Earth, and Cybele. Although she has lived for over 4,000 years, Thena is still considered a young woman by Eternal standards. At her birth she was named Azura in honor of her father, Zuras.

Eternals has already broken box office records with advance ticket sales, and more are sure to be broken once the film is officially released on November 5. Angelina Jolie also spoke with Variety about how her children felt about her look in the upcoming film. The interview has been posted below.

Are you looking forward to seeing Angelina Jolie portray Thena in Eternals? Be sure to let us know in the comments!