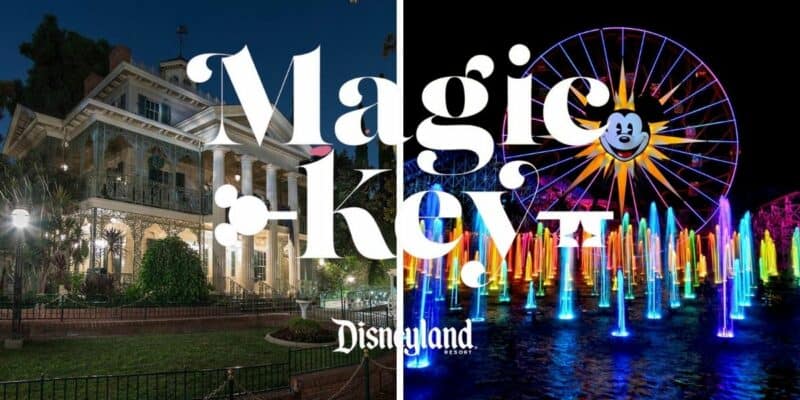 In January 2021, Disney broke the hearts of Guests across the country as the company announced that it would be ending its incredibly popular Annual Pass program at Disneyland Resort in California. Guests who had Annual Passes before the pandemic forced the Parks to close would be given partial refunds, based on how much time they had left on their pass.

To assuage the sadness, Disney did announce that another Pass program would be coming, but they did not say when.

An agonizing eight months passed before Disney announced that a new Annual Pass Program would be coming to Disneyland and Guests would no longer have Annual Passes, but Magic Keys. There were four tiers of Magic Keys that Guests could purchase from, and the top-tier Dream Key would have no blockout dates and include parking — but it would set Guests back $1,400.

Much like Annual Passes, Magic Keys were very popular when they went on sale on August 25 — with many Guests waiting hours to be able to purchase theirs. Many were excited to be able to visit Disneyland as often as they wanted, but there was a giant hitch in their visitation plans. Reservations were now required to visit the Happiest Place on Earth.

Reservations quickly filled up, and Magic Key Holders are now finding themselves unable to make reservations for weeks at a time. Many have taken to social media to vent their frustration, and it seems that Disney is reaching out to see just how Guests feel. Recently, Disney sent out surveys to select Magic Key Holders to see how they felt about the Magic Keys and whether or not they felt value in what they had purchased.

Popular Instagrammer Gothic Rosie shared images of some of the questions Magic Key Holders were being asked — as well as how she felt about the new program.

The newest survey asks questions about the Magic Key program from how valued Passholders feel to how they feel about the park reservation system.

I think it’s pretty obvious that many APs feel under valued and strongly dislike the park reservation system.

I definitely don’t like having to make reservations ahead of time. I miss the ability to be spontaneous and visit at random times.

I also don’t feel very valued. We are in the spending category of APs. We don’t bring lunch, we eat there. We buy the AP buckets and other things we like too. So we are not worth less than those who visit once every few years. I used to visit almost weekly and I’m sad that I’ll be visiting less until it is easier to go. I agree with others with the Dream pass that having an ‘unlimited’ pass really isn’t so with park reservations in place. Going once a month is still over the break even point (at least 7 visits with a park hopper and parking for the Dream pass) for the purchase price of the pass. So I will be at the very least going once a month. Just makes me sad that I can no longer just go at a whim.😞

As you can see, Disney is not only asking if Guests like their Magic Keys, but also how they feel about availability, if they feel that they are getting a good deal for the money that they paid and if they think Disney cares about Key Holders.

This is not the first time that Disney has sent surveys to Guests. Disney will frequently reach out to Guests to survey them about everything from their food and beverage experience, to their overall experience at the Parks, and now, to see how Magic Key Holders are feeling now that they have had their Magic Keys for a couple of months.

Are you a Magic Key Holder who received this survey? Do you think you are getting the value of what you paid for your Magic Key? Let us know in the comments!