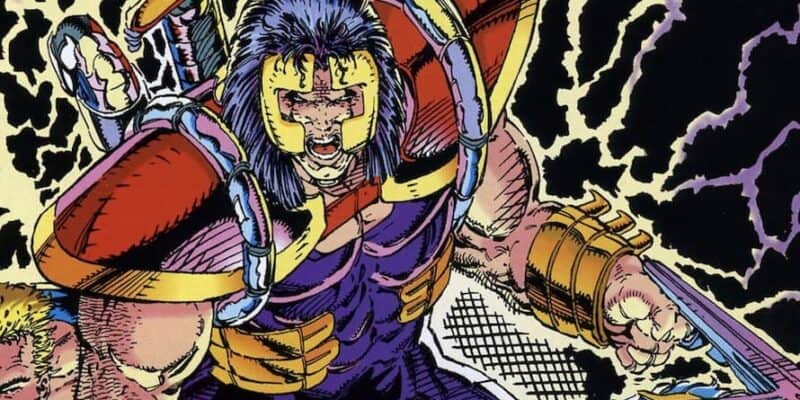 Jake Gyllenhaal is no stranger to the Marvel universe and comic book character roles, considering he starred in Spider-Man: Far From Home as Mysterio. The Donny Darko star is in the final talking stages to star in the live-action adaption of Prophet, an independent comic written by Rob Liefeld.

Liefeld states that his inspiration for the character came from Steven Spielberg and Gene Roddenberry back in the ‘90s, which dubbed Prophet a staple comic character of the era. In 1995, rights were acquired by Sony’s TriStar to produce a live-action version of Prophet, but the studio ended up abruptly decimating the project.

Sam Hargrove is near the finish line in securing a deal, which will allow him to be the director of the new project.

According to Comicbook.com, the story is going to be a rollercoaster, and with Marc overseeing the project as well, it is certain to please fans of the comic book character. Marc Guggenheim was appointed by Jeff Robinov at Studio 8 to help adapt the film.

“Marc gets it. He came from comics. Obviously very talented guy. Super excited that he’s on board. Super excited that we can share it with the world now. ‘Cause now, like I said, Marc and I had several meetings. He walked me through his vision of the movie. And here’s what I’ll tell you. I don’t have to prepare some sort of apology speech or go on an apology tour. I can tell you, I’m excited! Marc is doing great work. And I’m very hopeful. Prophet’s got a big sci-fi spectacle. It’s very much science fiction, but he has super powers like so many people.”

According to Deadline, the goal is to build a whole universe around the character:

“The aim is to build a franchise around John Prophet, a DNA enhanced super-soldier placed into a cryogenic freeze for a future mission only to awaken prematurely in the present, searching for a mission that does not exist. The ruthless berserker must find his humanity.”

Paste Magazine went on record to report that Prophet’s character can be described as another version of Captain America.

“First appearing in 1992’s Youngblood #2, John Prophet is basically Captain America. He was a homeless man turned into a supersoldier, but originally programmed for evil instead of Nazi bashing. But the mad scientist programming him had a change of heart and decided to show Prophet the light of Jesus—seriously. Prophet was put in stasis during World War II, but brought out of hibernation in the early ‘90s after being discovered by the government-sanctioned superteam whose comic he debuted in. (He also discovered that he was taken out of stasis during the Vietnam War but forgot about it—which is also close to another Captain America story.)”

Guggenheim is credited for Legends of Tomorrow, Trollhunters and Arrow. Jake Gyllenhaal is known for his roles in Southpaw, Spider Man: Far From Home, Nightcrawler, Brokeback Mountain, Source Code and most recently, The Guilty, which can be streamed on Netflix. Superhero fans can find get excited knowing the actor is still accepting comic book roles beyond Sony and Marvel Studios’ Spider-Man franchise.

Will you be heading to the theaters to see Jake Gyllenhaal in another comic book adaption? Be sure to let us know in the comments!

Comments Off on Marvel Villain to Star in Another Comic Franchise