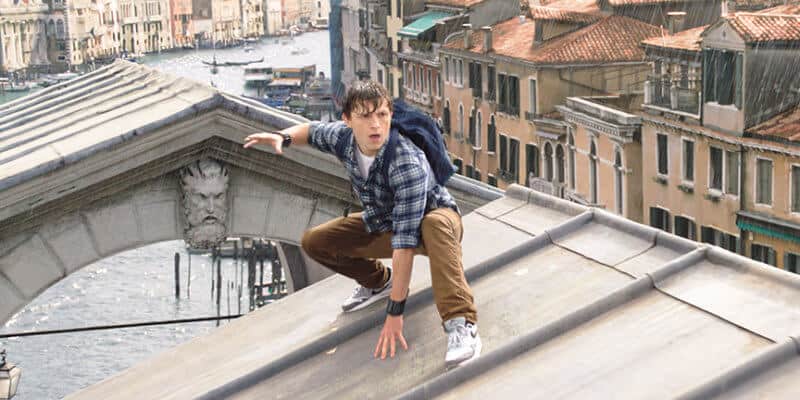 Sony and Marvel Studios have released the first teaser trailer for “Spider-Man: Far From Home” along with a new poster.

Arriving in theaters on July 5, 2019, “Spider-Man: Far From Home” takes place after the events of “Avengers: Endgame,” which will be released on April 26, 2019. So, if you were still worried about Spider-Man’s ultimate fate after the events of “Avengers: Infinity War,” this confirms that everyone’s favorite superhero, and let’s not forget Nick Fury, is still alive and taking a trip to Europe. Peter Parker returns in “Spider-Man: Far From Home,” the next chapter of the “Spider-Man: Homecoming” series!

In the new movie, our friendly neighborhood Super Hero decides to join his best friends Ned, MJ, and the rest of the gang on a European vacation. However, Peter’s plan to leave super heroics behind for a few weeks is quickly scrapped when he begrudgingly agrees to help Nick Fury uncover the mystery of several Elemental creature attacks creating havoc across the continent.

The movie is directed by Jon Watts and produced by Kevin Feige and Amy Pascal.

“Spider-Man: Far From Home” flies into theaters on July 5, 2019! Check out the teaser poster below: 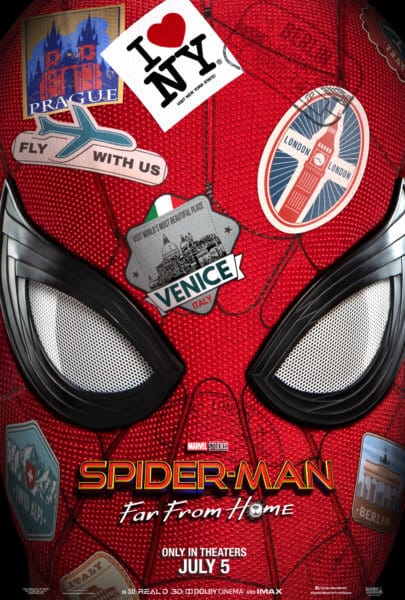 Are you excited for this new movie? Let us know in the comments below!

Comments Off on “Spider-Man: Far From Home” teaser trailer previews battle with Mysterio