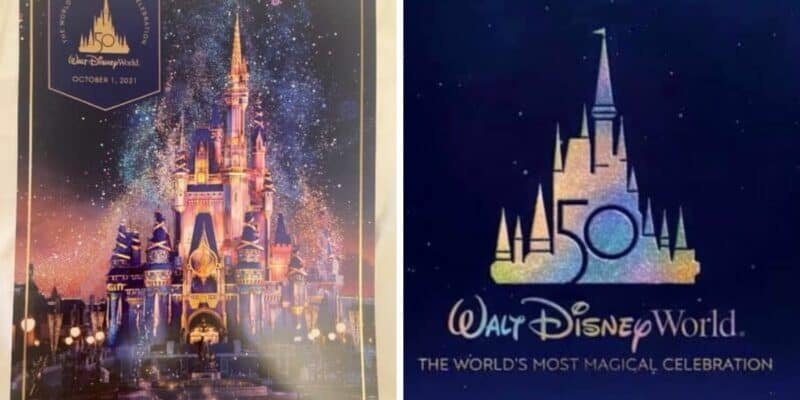 Disney World Guests were eager to celebrate the start of the 50th anniversary inside the Parks today. In fact, Disney opened up the gates at Magic Kingdom early than expected to get the party started!

Well, as the day went on, I decided to head back to my Resort to rest and on my way out of the Park I was met with a great surprise — Cast Members handing out free (yes, FREE) Disney World 50th anniversary posters!

The poster, which you can see in the images above and below, showcase Cinderella Castle in all her 50th glory. She shines bright with her EARidescent banners and ribbons with the iconic 50th emblem front and center.

We cannot believe Cast Members are handing these out for free and we cannot wait to frame this poster and hang it up in our homes to always remember the start of the 50th anniversary at Walt Disney World Resort.

We are unsure if Cast Members are handing these out only at Magic Kingdom, or if this is only happening today, but Inside the Magic will update you as we get more information.