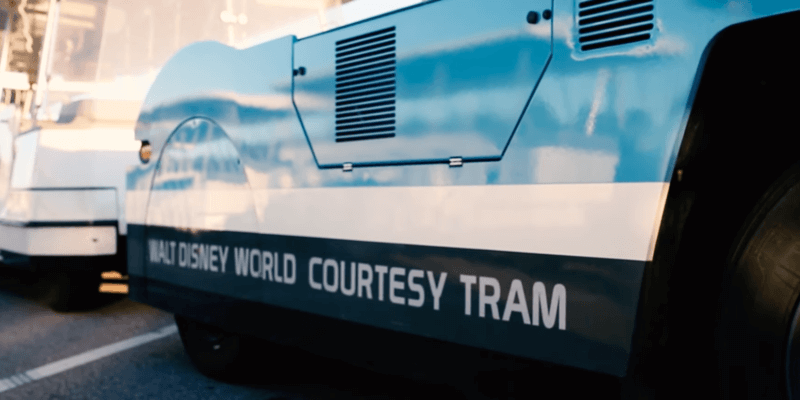 As the Walt Disney World Resort continues to return to its former state of operations, we are starting to see more offerings return.

The newest return came with a twist. As Disney Genie was introduced on the My Disney Experience app, so was Disney Genie+ and the use of Lightning Lane, which is now a paid system that utilizes the old, and previously free FastPass lane. After seeing extra costs added for things that used to be free, such as PhotoPass included with an Annual Pass purchase, we can’t help but wonder what other charges will incur on offerings that used to come at no added cost.

One aspect that many are missing is the trams. When Guests park at the back of the bigger lots such as Magic Kingdom, there used to be a tram that would take Guests to the front of the Ticket and Transportation Center. Since the pandemic, that offering has been gone, and Guests have had to walk the distance no matter where they were parked. With Disneyland announcing the return of their trams and with Disney World hiring tram operators, it seems we are likely to hear the news of the tram’s return shortly.

However, as we have seen, Disney can change the way they operate their systems whenever they would like. Theoretically, if they wanted to charge for the tram ride since it is not essential as the monorail or ferry is to get to Magic Kingdom, they could. Let us be clear that Disney has not brought up the trams return or any added cost, but we are simply speculating a possibility compared to the other free, convenient offerings that are now available at a price.

We took to Facebook to see what our readers thought about this speculative scenario and if they would pay for the trams if that were the direction things took.

As we continue to see offerings return to Disney World at an added cost — would you pay to use the parking lot trams if they returned, at a price? How much is too much?

Needless to say, our readers would not be okay with the decision to add an extra cost for trams if and when they do return to Disney World. Below, you can check out some of their responses, as well as overall concerns with the constant price increases.

Jeannette P. could see this as a possibility as she noted that we should not give Disney the idea to implement this!

I always use inside transportation but DONT GIVE THEM ANY IDEAS

Brianna W. brought up an idea that I would not be surprised in seeing:

I wouldn’t be surprised at this point. But imagine that being part of lightning lane….

Judy A. is done with any extra charge.

Enough with the extra charges

Whitney E. would rather have their feet throb in pain than pay for a tram!

Nope, no matter how bad my feet hurt I won’t pay for it lol

Joe P. brought up the point that if people pay, Disney will continue to charge.

As long as people pay it they will keep charging more

Greg S. sometimes avoids the parking fees and lot altogether by Ubering from his hotel at a lower cost.

They already raised the prices for the parking. Riding the tram sucks too. Sometimes we just Uber to avoid the tram/bus to the parking lot part of the trip

Tabetha P. brought up many offerings that were once free, which now come at a cost.

Again, it should be noted that this is not something that Disney has said they would implement, but solely a question we curiously wanted to see answered by our readers as prices continue to increase, as well as the demand for the trams.

Would you pay to use the tram if that was the only way to ride it?