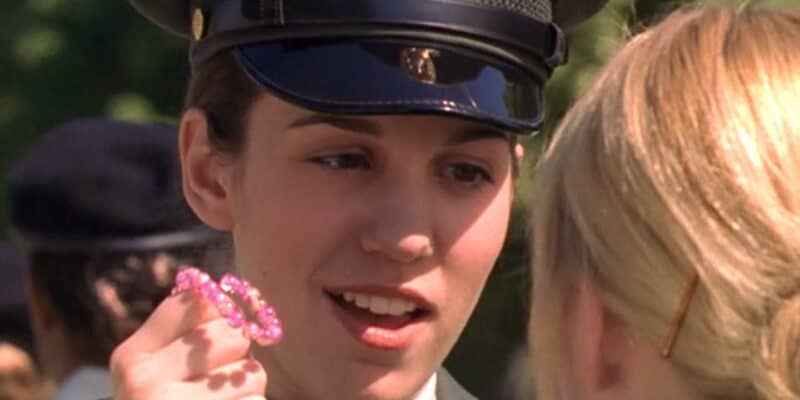 One of the most popular DCOMs (Disney Channel Original Movie) of all time was Cadet Kelly starring both Hilary Duff and Christy Carlson Romano. Both stars had already begun their Disney Channel careers with their previous shows (Even Stevens. Lizzie McGuire, Kim Possible), which left fans ecstatic to see that Disney was going to have two favorites team-up. But, it seems that there is more to the story when it comes to what happens on set.

Christy Carlson Romano has been divulging about her career with Disney and what it was like growing up in the spotlight. She has broken down her relationship with Shia LaBeouf, which was not always positive, and spoke about what it was like to lose all of her money that she earned while working for Disney. Now, she is speaking about her time on set with Cadet Kelly.

Romano spoke about how she was nervous about being on set with Hilary Duff as she was afraid the actor wouldn’t like her. She felt that there was a culture that stated “she’s the star” and “you’re number two.” Romano described Hilary as a “gracious, classy, star quality” person and was nervous that she was playing a mean girl. She actually convinced the producers to give her character more layers, so that she was not always so mean, making Romano (Captain Stone)  more likable in the film.

She also spoke about having to go through a boot camp. Romano and Duff had to learn what it was like to twirl guns for the role, in which Romano recalls being tough as she was being hit “left and right,” which would cause “bruises” up her arm. The two bonded quickly and formed a friendship where they would rehearse together and then hang out afterward.

Unfortunately, Romano hoped the two would stay friends after the film wrapped, but they both got so busy with their careers that it was impossible. If you want to check out the full interview, you can watch it below.

Were you a fan of Cadet Kelly? Let us know what you think of Romano’s stories in the comments below.