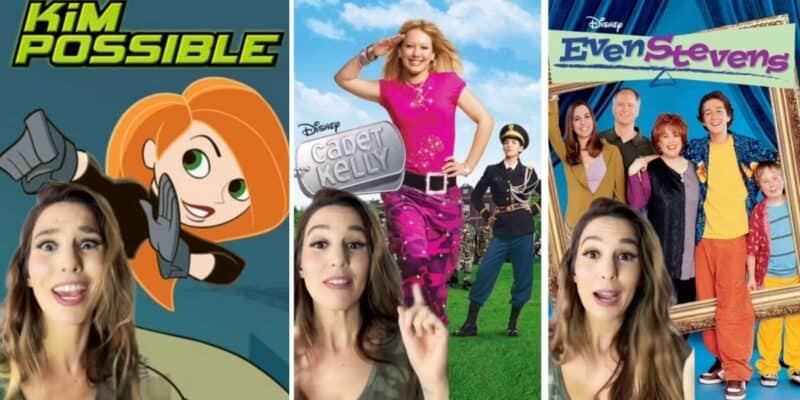 If you ever wanted to know what it is like to be a Disney Channel star, Disney veteran Christy Carlson Romano is spilling all the tea.

We have heard other Disney Channel celebrities speak about what it was like to grow up under the Disney spotlight. Actors like Selena Gomez, Shia LaBeouf, Demi Lovato, and Miley Cyrus have all discussed the hardships they faced because of their role with the company in the past.

Now, 37-year-old Christy Carlson Romano has released a video on her YouTube channel titled “The Truth About The Disney Channel”. Romano has been in iconic shows like Even Stevens, voiced Kim Possible, and starred in the hit Disney Channel Original Movie Cadet Kelley.

In the video, she discussed how there was sometimes tension between her and her co-star Shia LaBeouf, which you can read more about here. She also went into heavy detail on how it felt to work for Disney and her desire to want to please them so that she could continue to have more opportunities come her way.

Romano discussed how many of the actors would not be allowed to play sports or participate in a dangerous activity without permission from the production and that those who complied were likely to gain more screen time on their show.

Romano admitted that she would do whatever was asked of her and that she “could have said no more”. She did, however, turn down a lot of physical gags that felt nervous to do and noted that she would tell production, “I don’t want to do this,” and often, the prank would be passed onto Shia, who loved being the class clown on set.

You can check out the full video below.

All of this being said, Romano said that she had an overwhelmingly positive experience with Disney and is constantly looking to work with the company again. She said that it has been hard to place her in a certain role at her current age because she looks too young to play a mom of a 12-year-old, so it is hard to place her in a “family” sort of role.

Considering Romano is often keeping in touch with Disney casting, it seems that the probability of her returning to the Disney Channel, Disney+, or a Disney film in some capacity may be in her future.

What do you think of Christy Carlson Romano’s tell-all about working for Disney?