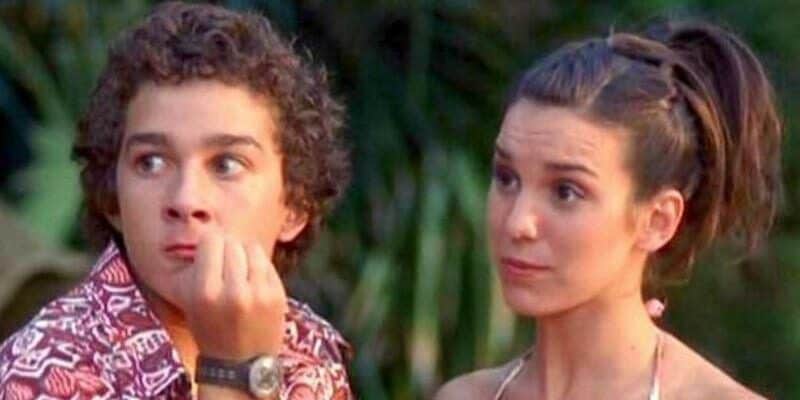 One relationship that we already knew was rocky from the start is between Shia LeBeouf and Christy Carlson Romano. The pair played Ren and Louis on-screen on Even Stevens with fantastic brother-sister chemistry that had real-life viewers wondering if they were actually siblings.

But behind the scenes, things were different. In a recent YouTube video titled “Why I Don’t Talk To Shia LaBeouf,” Romano said, “to be honest, I don’t know if we were ever really friends, we were co-workers.” Previously, Romano spoke up on how Shia’s father had a negative presence on set and how the two were not really friends, but has now opened up into the story in greater detail.

Romano is honored that fans think that she would still be in touch with Shia because it means that they did a good job on-screen making their audiences believe they were brother and sister when in reality, “it just wasn’t like that.” Romano and LeBeouf seem to have clashing personalities, where Shia was a lot crazier and impulsive, whereas Christy liked having things under control.

Christy was also hurt by Shia’s Emmy Award speech in 2003 which he thanked their entire team but left Christy’s name out. She noted that she thought it was “their show,” but since it was so life or death for him, it became “his show,” and Christy was just around.

Now, knowing that Shia was undergoing a lot of hardship during his time with the Disney Channel, Christy wishes she would have known sooner, as she would have been more “patient” with the actor. She regrets not giving him more “time and energy and love, like a real sister.”

To answer her main question, why she no longer talks to Shia, Christy revealed that she never really stopped talking to Shia, but that they were put on two different paths, and the two naturally drifted apart. She noted that she and Shia did have some bonding moments, such as their time at Wango Tango.

Now that the two are grown up and completely different people from their teenage selves, perhaps a reunion could be in their future!

To watch the full tell-all, check it out below.

What do you think of the rocky relationship between Shia LeBeouf and Christy Carlson Romano?