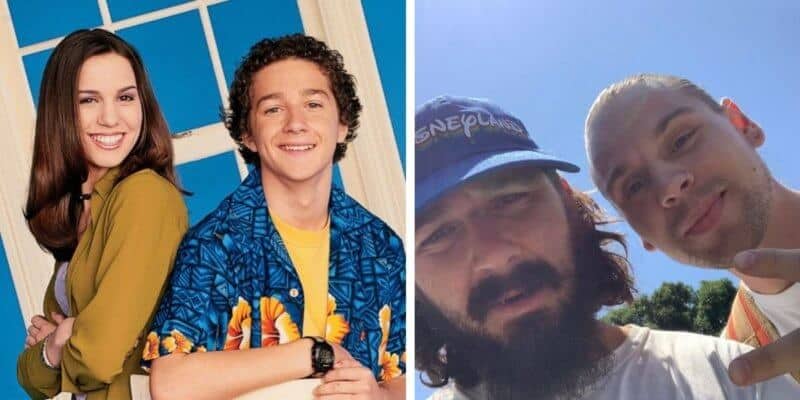 Lately, we have noticed a huge influx of Hollywood stars visiting Disneyland Resort, now that the theme park has reopened.

Disneyland Resort is now accepting out-of-state visitors, which means anyone who can travel to California can purchase a park ticket, and it seems a lot of celebrities are doing so. We have seen the Kardashians, Aly & Aj, Demi Lovato, and Megan Fox attend the park, to name a few. The opening of Avengers Campus at Disney California Adventure also brought in Marvel stars such as Paul Rudd, Anthony Mackie, and more!

It seems like past Disney star Shia LaBeouf from the hit show Even Stevens returning to the Mouse! Disneyland_Celebs (@disneyland_celebs) posted a photo of Shia at Disneyland just yesterday! The actor was rocking a classic Disneyland cap as well.

Actor, Shia LaBeouf, was seen at Disneyland today! Thanks @zaklugo for the photo!!

As the days have gone on, it seems Shia continued to enjoy the Happiest Place on Earth!

Shia LeBouf was seen in the parks again today! Thanks @boston_jorge45 for the photo!

Looks like Shia LaBeouf is back in the parks today! Thank @raw_kickz209 for the photo!

Shia has not been secretive about his experience with Disney in the past and has spoken up about how his time with the company caused deep trauma for the actor. In an interview, it was noted:

He began doing exposure therapy, which helped him process the trauma that he experienced during his time with Disney, the stress from having an alcoholic father and the pressure from years of living in the spotlight. The feelings of turmoil he had during therapy was then poured into the Honey Boy script that he says he viewed as a “route towards pulling death out of my pocket and slamming it against a wall.”

Shia also spoke up on how many Disney Channel shows were canceled after three years so that Disney did not have to raise actors’ pay by too much during their run. As said by Shia, “Disney wasn’t trying to pay salaries like that.”

As we saw with Shia’s career, once he left the world of Disney, he did not go back. Recently, Shia has worked on helping to create the films he stars in, such as Honey Boy, which hit the 2019 festival circuit to great success. The actor also runs an acting program and has said that many of his students have landed Netflix shows after training with him, so it seems that things are definitely looking up for the actor!

What celebrities have you seen at the Disney Parks in the past? Let us know below!