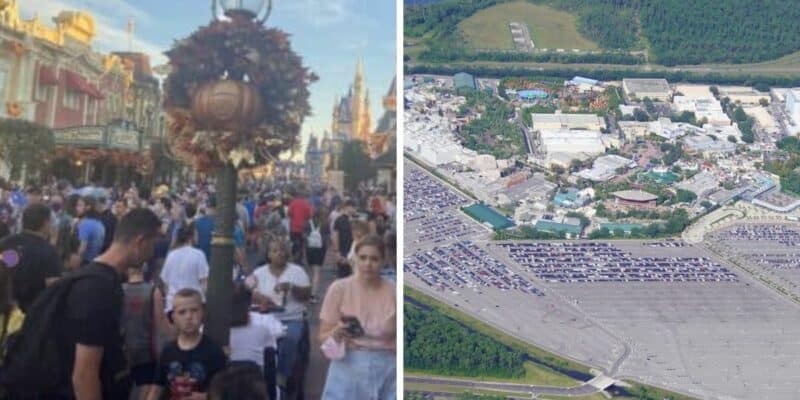 We have been reporting on the current crowd levels at Walt Disney World for the start of the 50th anniversary celebration. Well, despite the recent crowds pouring into the Parks, it seems the parking lots themselves are not overly packed.

Related: Disney World Parking Lots Are A Ghost Town, Even When at Capacity

Bioreconstruct took to Twitter to share an aerial view of the parking lot at Disney’s Hollywood Studios, along with the caption:

Aerial look at much of the parking for Disney’s Hollywood Studios. Arrow at likely construction parking for Star Wars Galactic Starcruiser hotel.

Aerial look at much of the parking for Disney's Hollywood Studios. Arrow at likely construction parking for Star Wars Galactic Starcruiser hotel. pic.twitter.com/5Kx8slzXfu

You can see just how much of the parking lots are not being occupied by vehicles despite the Park itself having decent crowds as of late. This, of course, could be because many Guests are utilizing Disney World transportation to get to the Parks including buses and the Disney Skyliner; however, with the recent crowds we have seen inside the theme parks, seeing the parking lot remain pretty empty is a bit shocking.

If you plan to visit Walt Disney World for the 50th anniversary, be sure to familiarize yourself with the most up-to-date safety protocols at Disney World by visiting the official Disney World website here.

And for more information on Disney World’s 50th anniversary, visit our website here.

Have you visited Walt Disney World recently? Have you noticed the crowds increase? Let us know in the comments below.