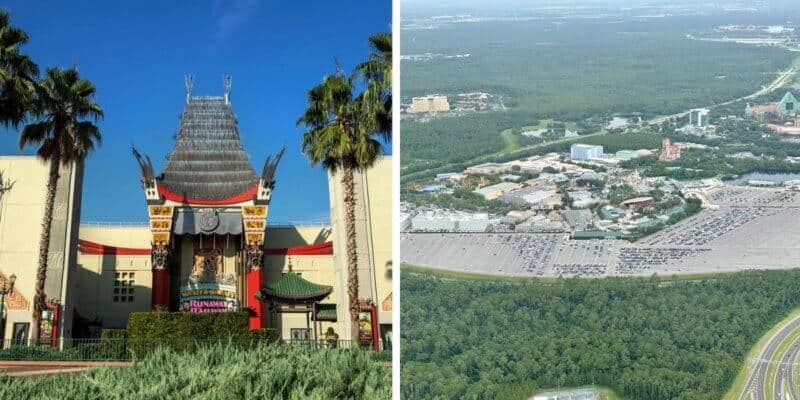 Lately, the parks at Disney World have seemed busier than ever, in terms of post-pandemic crowds.

Disney’s Hollywood Studios is one of the most difficult parks to get a reservation to at the moment. With Star Wars: Galaxy’s Edge and Toy Story Land, the theme park has some of the newest offerings at Disney World and gives Guests of all ages fun attractions to experience.

That being said, even though crowds and lines seem to have returned to normal when taking a look at the theme park’s parking lot, there is a lot of empty space! Orlando Colin (@cchard) took aerial photos of EPCOT as well as Hollywood Studios today. In the second photo, it seems that more of the Hollywood Studios parking lot is empty than full.

Although many Guests may be using Disney transportation and do not need to park their car, many Guests usually have a car when visiting Disney World.

From this photo, we can see that Disney likely has a long way to go when it comes to increasing capacity, as their parking lots have seen a lot more cars occupying spaces in the past. It will be interesting to see if more aerial photos like this are captured in the future so that we can compare the two. We had seen a photo like this in the past, which showed similar results regarding how busy the parking lot has been since Disney’s Hollywood Studios has reopened.

Do you find the Disney Parks busier now than when the parks reopened last July? Let us know in the comments below!