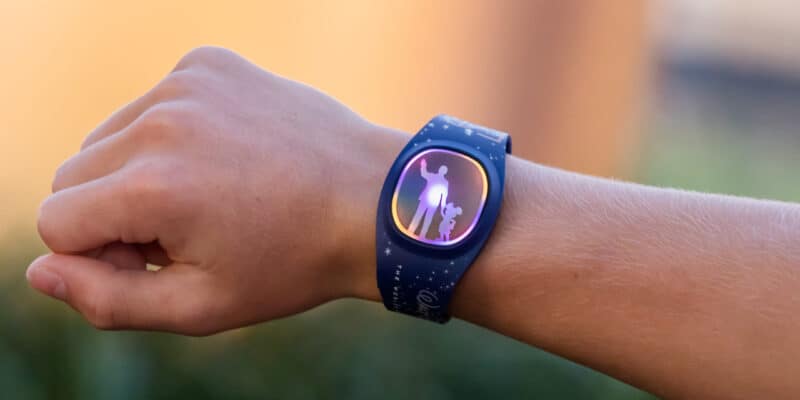 During a virtual press event for the 50th anniversary of Walt Disney World Resort — The World’s Most Magical Celebration — Disney revealed some very epic announcements! We have just heard firsthand about a pixie-dusted offering coming in 2022: Disney MagicBand+.

If you are a longtime visitor of Walt Disney World, then you likely know about MagicBands. MagicBands are a highly convenient amenity for Disney Guests — you can use your MagicBand as your theme park ticket, your hotel room key, your payment method, and so much more. But soon, Disney will introduce a new offering called MagicBand+ that’s sure to elevate your vacation even more.

Disney announced today that MagicBand+ will be coming soon to Walt Disney World. This will be a new iteration of the the Disney MagicBand system that will likely completely transform your Walt Disney World vacation.

After you enter a theme park, MagicBand+ will come alive at various times with color-changing lights, haptic vibrations and gesture recognition. The wearable will allow you to engage with favorite Disney moments in new ways, including:

MagicBand+ will be available for purchase beginning next year, including a discounted, pre-arrival price for Disney Resort hotel guests as well as new and renewing Walt Disney World Annual Passholders. Current MagicBands will continue to be available, too, along with the complimentary Disney MagicMobile service that extends MagicBand features, such as park entry, to smart devices. 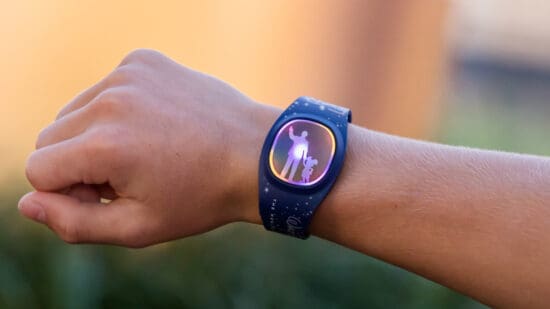 We’ll share more information as it is released, including an exact launch date. For now, get excited for the next era of Walt Disney World Resort and MagicBand+! We can’t wait!

What do you think of the next generation of MagicBands coming to Walt Disney World in 2022? Let us know in the comments!