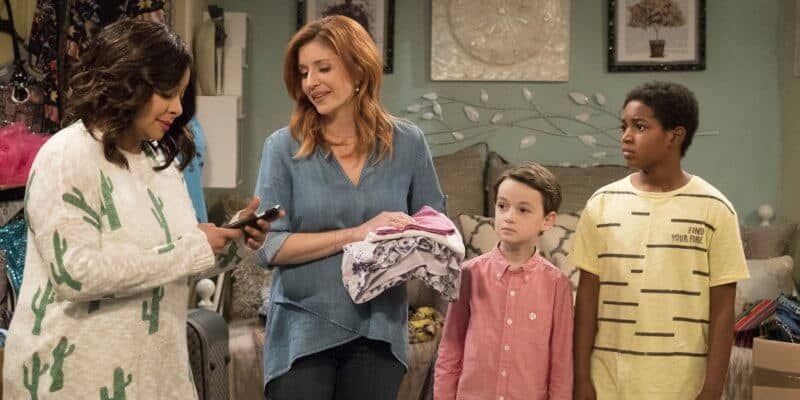 If you are a fan of the Disney Channel and grew up watching it, you surely know of That’s So Raven.

The show featured Raven-Symoné playing the role of Raven Baxter, a high school girl who would receive visions of the future. In each episode, Raven would typically do what she could to either make sure her vision would come true or try to avoid it from happening. When doing so, she typically got the outcome she was not looking for, which resulted in great comedy.

The show was so successful that it garnered a spinoff series that would once again star Raven in the show Raven’s Home. Raven-Symoné, as some may know, is in the LGBTQ+ community, and it seems that Disney wanted to highlight this. Disney asked Raven if they could make her character a lesbian, even though we have seen her go very boy crazy in the original series. Raven rejected the idea, saying:

There was no reason for me to change the human that she was in order to fit the actress that played her. And Raven Baxter is a character that I was proud to play, even if she is straight, cisgender, I don’t mind. Let her have her moment. She was divorced though, and I had no worries about saying, ‘No boyfriends.'”

Raven came out a lesbian in 2013 after same-sex marriage was legalized, and in 2020 married Miranda Maday. Raven’s Home premiered in 2017 and has since been successful on the Disney Channel as the show moves into its fifth year on the network.

What do you think of Raven’s decision to keep Raven Baxter straight? Let us know in the comments below!