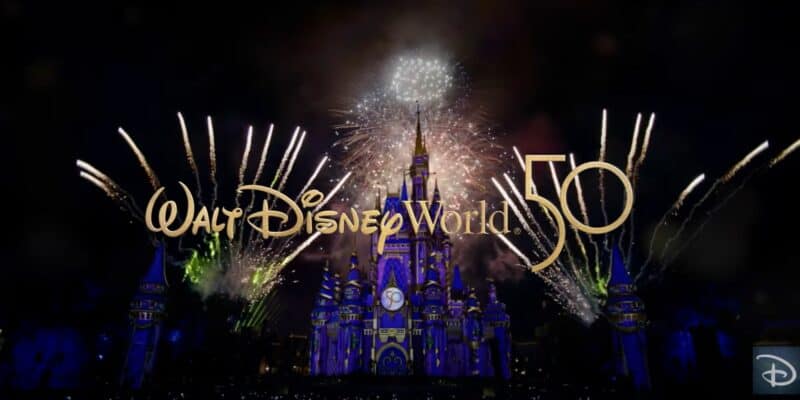 On October 1, Disney will celebrate a monumental milestone — 50 years of magic at the Walt Disney World Resort. Disney Enchantment fireworks will light up the night sky at Magic Kingdom, the Harmonious nighttime spectacular will premiere at EPCOT, Remy’s Ratatouille Adventure will officially open at EPCOT, and celebratory decorations and experiences will be everywhere.

However, Disney does not want to limit the incredible experience to only those Guests who can make it to the theme park. They want everyone who loves Disney to celebrate the magic — and they are making it so you don’t even have to leave your couch!

This special, hosted by Disney Legend Whoopi Goldberg, will take you on a journey spanning half a century and beyond at Walt Disney World in Florida. The show will also feature spectacular visuals and musical performances from Christina Aguilera and Halle Bailey in front of the legendary Cinderella Castle at Magic Kingdom Park, accompanied by the renowned Orlando Philharmonic Orchestra. Throughout the special, you’ll see exclusive interviews with iconic actors, actresses and athletes, Walt Disney World cast members, Disney Imagineers and executives past and present who have all played their unique part in sprinkling pixie dust over “The Most Magical Place on Earth.” Check out what’s in store and be sure to mark your calendars!

With October 1 less than two weeks away, ABC has released a teaser trailer for The Most Magical Story on Earth. Make sure you grab some tissues!

Get ready for “The Most Magical Story on Earth: 50 Years of Walt Disney World” on ABC this Oct 1 with footage never before seen on television, interviews, performances by Disney Legends, and more! #DisneyWorld50

The Most Magical Story on Earth: 50 Years of Walt Disney World will air on October 1 from 8 p.m. to 10 p.m. and will be available the next day on Hulu. Guests will be able to celebrate Disney World’s 50th Anniversary at the theme parks from October 2021 until May 2023 – a whopping 18 months!

Will you be watching The Most Magical Story on Earth? Let us know in the comments!