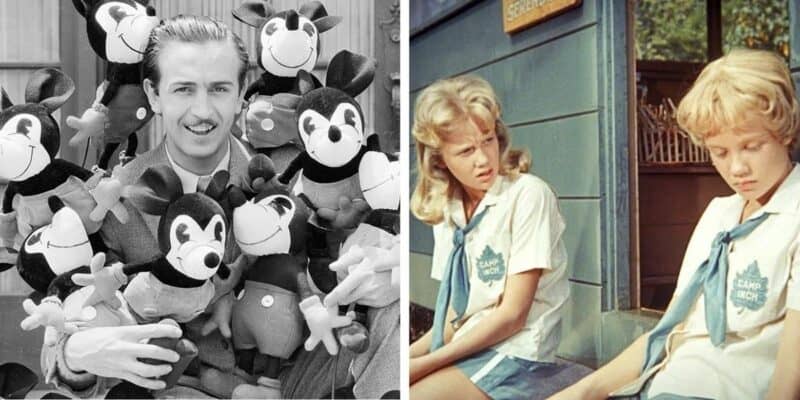 When we think of Disney child stars, we typically talk about those who grew up with shows on the Disney Channel such as Miley Cyrus, Demi Lovato, Selena Gomez, and more. We tend to forget that there are many generations of child stars forged in Disney’s image, and for some, that start truly shaped their career.

One major Disney star that began at a very young age was Hayley Mills. Mills worked hand in hand with Walt Disney on many films like The Parent Trap, That Darn Cat!, and Summer Magic. Mills was featured in so many Disney films that although Disney did not “own” the actress, her career became synonymous with the company. Recently, Mills has dug back into her past to unearth what it was like growing up as a child star and her side of the story when it comes to her time with Disney as her memoir “Forever Young” preps for its debut.

In an interview, Mills divulges how she was, at times, not allowed to take certain roles. Walt, who was a father figure to Mills, refused to have her star in any films with “heavy dramas or sex involvements”. When she was offered the lead role in Stanley Kubrick’s Lolita, Walt turned it down and refused to allow her parents to “run the show”.

“I got some very interesting offers when I was working for Disney that I wasn’t able to do.  Well, one of them was Lolita. That would’ve given me a chance to work with Stanley Kubrick, James Mason and Shelley Winters and play that marvelous part. This was a nymphet and a nymphet really didn’t gel with the Disney image.”

The refusal of films did not end with Lolita. Acclaimed director Otto Preminger wanted Mills for his Oscar-winning film Exodus, but Walt said no.

“The funny thing about that is that he offered me the part, and again, it was turned down because it was considered to be too adult. When it was first turned down, Otto Preminger then offered my parents a small Renoir. Even that didn’t swing it.”

By the time Mills turned 19, she was ready to say goodbye to Disney, even though Walt wanted to keep her around. Mills, however, was ready to take her acting career into her own control and did not want to have to be selective on what she could do based on Disney’s standards.

“Leaving Disney was a big step. My eternal gratitude, but he did want me to sign another contract with him but, by that time, I was wanting to make my own decisions. I wanted to accept parts that were not necessarily things that Disney would have approved of.”

Although Mills was, in a way, heavily controlled by Disney for a large portion of her childhood, the now 75-year-old actress still seems to hold no resentment towards Walt or the company for having to turn down what would become iconic roles in the film.

What do you think of Hayley Mills’ story? Let us know in the comments below!