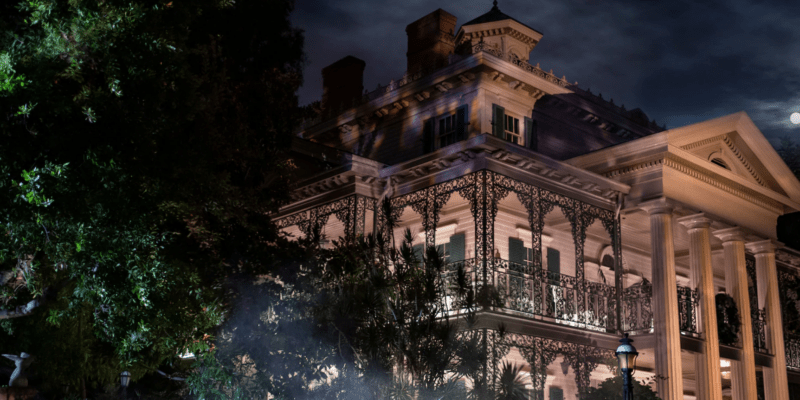 The ride has gone on to become a worldwide fan-favorite but the attraction was not always going to be what it eventually became. In early concepts, Haunted Mansion was going to be so much weirder and all the more terrifying.

Haunted Mansion at Disneyland Park can be found in New Orleans Square and is still operating today. The attraction boasts a fun, ghost-themed experience with Disney describing Haunted Mansion as:

Although it is hard to imagine Haunted Mansion as anything else, the earlier incarnations of the now-famous Disney Park ride were completely different and even scarier.

Haunted Mansion recently got an in-depth look in the Disney+ show, Behind the Attraction. The new series explores popular rides at Disney Parks, from their early beginnings to the rides they are today. Episode Two of the documentary series gave viewers a chance to look at the spooky Haunted Mansion with Imagineers like Rolly Crump offering commentary on the process and planning it took to bring the Haunted Mansion to the Disney Resort in Anaheim.

In a recent interview with SFGATE, Crump also expanded on more of the issues surrounding Disneyland’s Haunted Mansion’s earlier designs, how his creations scared the janitorial staff, and the Imagineer “battle” that ensued over the attraction.

Per Crump’s own book, It’s Kind of a Cute Story via SFGATE, Crump details the initial planning of the Guest-favorite Disneyland attraction:

“At the time, they still didn’t really know what they wanted it to be,” Crump added in the book, “so they just kind of set us loose. … Walt just wanted us to be left alone, and he gave us the freedom to do whatever we wanted. We had our own little studio that we just filled with all sorts of crazy stuff.”

Crump told SFGATE what it was like to work with the visionary, Walt Disney as part of WED Enterprises (the former, Walt Disney Imagineering department), for the Haunted Mansion project.

“It was the happiest time of my life […] It was a great job,” he added. “You were thrilled to do what you were doing. I was, anyway.”

“It was Walt’s idea,” Crump said. “He loved all that. He loved to scare people. He said, ‘People love being scared,’ and that one of the things we should be doing is to scare people.”

Before Haunted Mansion became what it is known as today, and with Walt’s endorsed creative freedom, Crump wanted the ride to be as scary as possible.

He created a macabre candle man made entirely out of dripping wax and another whose body was made from different animal parts. There was a Maleficent-inspired Mistress of All Evil who would fly over guests’ heads, screaming and cackling her evil laugh. There were chairs that would eat people and chandeliers made of body parts.

Yikes. Crump’s ideas do sound a lot scarier than the version of Haunted Mansion Guests know and love today. While Haunted Mansion is spooky with its hitchhiking ghosts and stretching room, it is a lot more family-friendly than Crump’s vision of cackling, flying animatronics, and chairs that EAT people. However, Crump’s ideas clashed with that of other Imagineers causing a “battle” over the attraction.

“The Imagineers who wanted a more family-friendly haunted house hated those ideas.”

Crump went on to tell SFGATE that Walt was behind his ideas and wanted to establish a Museum of the Weird attraction that would be attached to the Haunted Mansion ride and use some of Crump’s terrifying ideas as Guests got off the ride.

‘OK, we’re going to do a Museum of the Weird, that’s where we’re going to use all that funny stuff you showed me yesterday,’” Crump told SFGATE [of Walt]. “All he had to do was go home and spend some time with himself and he’d come up with everything. He was a delight to work with.”

As the article explains, the Museum of the Weird would be like an interactive ride-queue except after the attraction as Guests were exiting the Haunted Mansion. The Museum — which would feature “man-eating plants” and “real ghosts” — was put on hold and eventually quashed following Walt’s tragic death in 1966. Crump said:

“You have to understand something: People were not happy with it to begin with,” […] “Nobody wanted to do it. It was Walt’s idea to begin with.”

It would have been interesting to see what would have happened regarding the Museum of the Weird if Imagineers had been behind the attraction from the beginning. The element of a post-ride walkthrough experience is something that hasn’t been fully explored at Disney Parks and this could have made for a unique addition to Disneyland Park.

It is worth noting that Haunted Mansion has been closed for refurbishment since August 16, and will reopen as Haunted Mansion Holiday on September 3 with their seasonal overlay during Halloween Time at the Disneyland Resort. The Haunted Mansion attraction currently exists in five of Disney’s Parks with versions at Disneyland Paris and Hong Kong Disneyland called Phantom Manor and Mystic Manor, respectively.

Do you wish Haunted Mansion was scarier? Let us know in the comments!