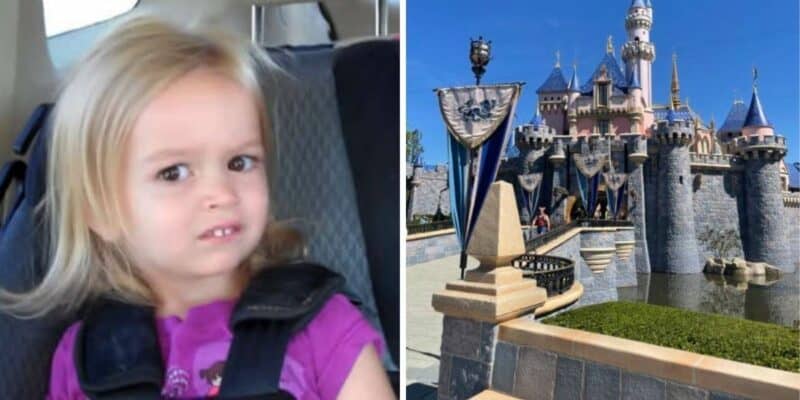 If you were a kid and one day, on your way to school, your mom or dad told you that you would be skipping the school day and head out for a Disneyland vacation instead, you would probably freak out with excitement, right?

Heck, if you told me today that I could skip out on work and take a Disneyland vacation, I would be jumping on my bed like a 5-year old! Well, there is at least one child in existence who was offered the vacation and gave a less than exciting reaction to the news. Chloe Clem became a viral meme after her mom posted a video of her children reacting to the news of a Disneyland vacation.

Lily Clem broke out into tears when finding out the news, and Chloe gave a now-famous side-eye to her mom that contrasts her sister’s reaction hilariously. In case you have never seen it, you can check out the video below, which has been seen over 20 million times!

The image of Chloe’s side-eye became a major meme, and now the Clem family decided to sell the non-fungible token (NFT). According to The Orange County Register, the bidding began at $15,000 and sold to Dubai-based 3F music production company for $75,000 — which has also bought other high-priced memes like Charlie Bit My Finger, Overly Attached Girlfriend, and Disaster Girl.

The Clem family has already said what they will be spending some of their money on, and it seems like a Disney World vacation is on the horizon. Chloe has never been to Disney World and said, “It’ll be my first time so we can go on like all of the rides.” Now 10 years old, Chloe would also like to purchase Air Pods and a horse with the newly earned money. Although this meme sold for much less than other NFT’s, the Clem family is still grateful that they were able to go on this journey as a family!